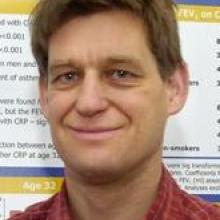 Prof Hancox, the deputy director of the Dunedin Multidisciplinary Health and Development Research Unit, said the $1,850,398 in funding, over five years, would enable researchers to undertake further "next generation studies".

Information has also been gathered on the health and lives of about 8000 family members, including siblings, parents and grandparents.

Part of the study had already focused on the parenting style of the study members when their child was aged 3, Prof Hancox said.

That research would be continued and anew part of the study would focus on the children of the study members when they were aged 15.

"The interest is on how health and behaviour track through the generations and what influences good and not-so-good outcomes. We further aim to identify factors that protect against intergenerational cycles of adversity," he said.

Prof Barry Taylor, who heads the university's department of women's and children's health, said he was "walking on air" after learning he had gained $2,179,960 to co-ordinate a three-year study into "primary prevention of rapid weight gain in early childhood".

Obesity was considered one of the biggest threats to health in the 21st century.

"Rapid weight gain in the first year of life tends to lead to overweight children, which in turn leads to overweight adults," he noted in a summary of the proposed research.

The planned study of infants in Otago-Southland would test potential strategies to counter excessive early weight gain, he said.