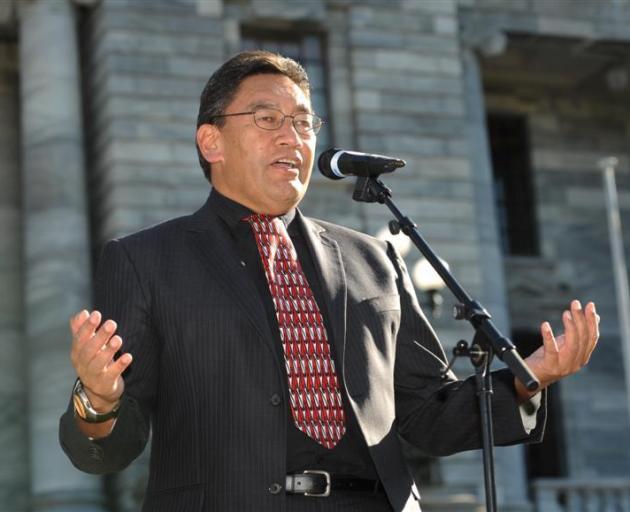 Hone Harawira. Photo by NZPA.
The Maori Party is tipped to announce a national series of hui next week, aimed at selecting a Maori flag.

The Otago Daily Times understands the Maori Party will announce details of 21 nationwide hui, to begin in Kaitaia later this month.

Discussions are likely to centre on which flag should represent Maori and whether it should be officially recognised.

On a visit to Dunedin earlier this year, Te Tai Tokerau MP Hone Harawira confirmed he would lead a consultation hui regarding the Maori flag.

At the time, Mr Harawira said he had no preference for a flag, but would like to discuss with Maori which flags they would like to represent them, and when they should be flown.

Attempts to contact Mr Harawira this week were unsuccessful.

A move to recognise a Maori flag could be likened to the Aboriginal flag movement, which had a flag recognised by the Australian Government, he said.

Apart from the red, black and white tino rangatiratanga flag (self determination), designed as part of a 1990 competition, there were many flags associated with Maoridom including the United Tribes flag he said.

University of Otago lecturer, Paerau Warbrick, of the Te Tumu School of Maori, Pacific and Indigenous Studies said, anyone hoping to to unify Maori under a single flag was "dreaming".

"They want to bring Maori together so they can deal with Maori as one . . . it is a rats and mice issue. There are more important things facing Maori."

The tino rangatiratanga flag is closely aligned with the Maori Party, which arose out of protests over the Foreshore and Seabed Act. Any attempts to adopt a flag of protest would not be popular, he said.