I apologise for the pain: former CEO 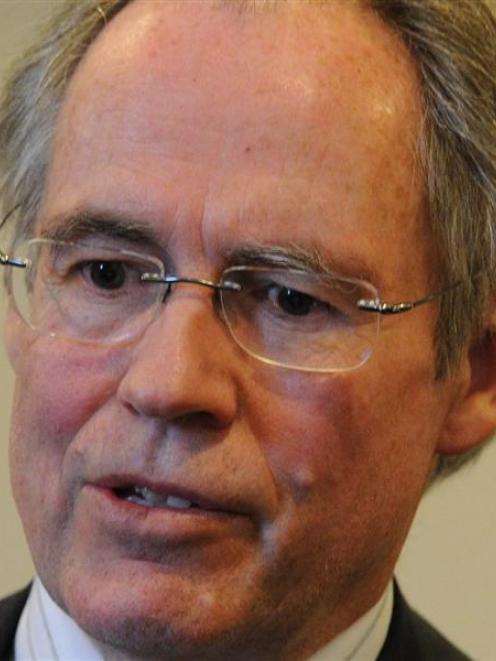 Jim Harland.
The man at the helm of the Dunedin City Council when most of a $1.59 million fraud took place has broken his silence and apologised to ratepayers.

Former council chief executive Jim Harland had not spoken to media since the release of a Deloitte report last week which slammed a lack of controls at the council which allowed the fraud, involving 152 cars and $102,908 of personal spending on council fuel cards, to go undetected for so long.

Mr Harland yesterday apologised to ratepayers for the fraud which took place while he was chief executive.

He said he had ''agonised'' over things he could have done to prevent it.

''I apologise because of the pain it has caused everybody.

''I apologise in the sense that if the control environment had been followed at the time, it would have been picked up earlier.''

While accepting controls at the council could have been better, the fraud would have been detected had staff followed policy properly.

''I think ... one or two of our systems needed modernising and I should have got on to that a bit earlier by the look of it.''

Much good work by council staff had been brought into question by the actions of one man, Citifleet team leader Brent Bachop, Mr Harland said.

''I feel a pain about that as acutely as anybody.''

He accepted his reputation had been affected, but was keen to emphasise a ''lot of good things'' - including the upgrade of the city's wastewater system and the redevelopment at Toitu Otago Settlers Museum - had happened while he was on council.

''I would hope that people look across the whole of the record and judge appropriately, but everyone is obviously going to make their own decision about that.''

If there was one thing he could have done differently it would have been to introduce independent reviews of asset registers.

''If that had been done on the first day I arrived ... it would have picked up these discrepancies straight away.''

However, there were ''no flags'' over the disposal of assets that he encountered as chief executive.

He was also disappointed some recommendations for improved processes at the council never went across his desk, which he blamed on the council's finance department.

He refused to single out individuals for blame on this.

''It's not appropriate for me to talk about individuals or people in positions.''

Mr Harland strongly took issue with Cr Lee Vandervis saying his legacy was one of a ''self-serving bureaucracy that has cost Dunedin dear''.

''I find those comments disrespectful to all of those council employees, many of whom give service well beyond the call of their contract terms.

''In my experience in the main, except for one exception here, [staff] were totally trustworthy and had the interests in the city at heart and not their own interests,'' he said.

Former finance and corporate support manager Athol Stephens said he had not seen the Deloitte report and declined to comment when contacted yesterday.

The Deloitte report examined fraud over a period from July 2003 until May this year. Mr Harland was chief executive from 2000 until January 2011.