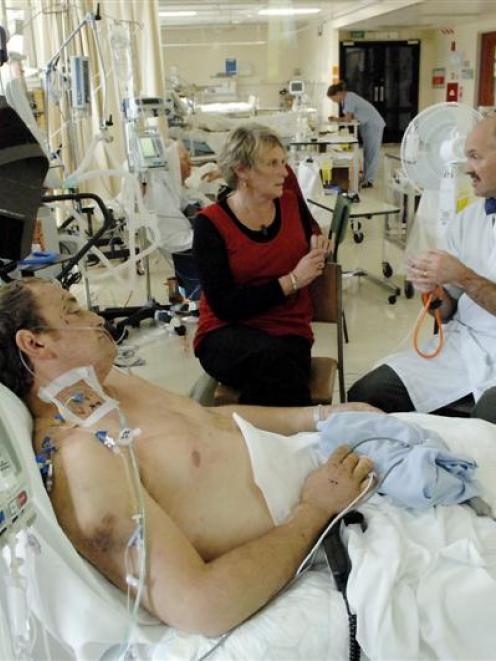 About $6 million is needed for the redevelopment, planned for 2009-10, but government funding for this has still not been settled.

One of the strengths of the unit was its ‘‘absolutely outstanding'' nursing staff, many of whom had been in the field for a long time, were highly skilled and who took on a great deal of responsibility.

‘‘They're an amazing group and a great pleasure to work with,'' Mr Hunter said.

He said the hospital had kept up to date with its buying of equipment, but the unit no longer met certification requirements because of lack of adequate infection control facilities and insufficient space, both for patients and staff.

Bed numbers in the unit have been cut to reduce the risk of cross-infection.

Mr Hunter said the unit did not seem to have major problems with cross-infection, although there had been a recent outbreak of diarrhoea.

The unit could take 10 patients, but staffing that number of beds for very long would be difficult.

Mostly, only six beds were used.

Redevelopment of the unit is part of the Otago District Health Board's master site plan, which will result in the upgrade of both the Wakari and Dunedin hospitals.

Under the plan, the open part of the unit would have six bed spaces, isolation would be increased by two beds to four and the 14 beds offered in high dependency units in coronary care, neurosurgery and general surgery would be relocated alongside the unit.

Mr Hunter described the master site plan as a Rubik's cube with no spare spaces - something had to move to allow others to move.

To accommodate the ICU, the new-born intensive care unit will have to shift to the hospital's first floor, occupied by the staff cafeteria and offices.

The paediatric ward would also move to the first floor.

These moves, which are expected to cost about $8 million, are listed to take place in the coming financial year, but funding has not been settled for these either.