If these seats could talk, the stories they might tell 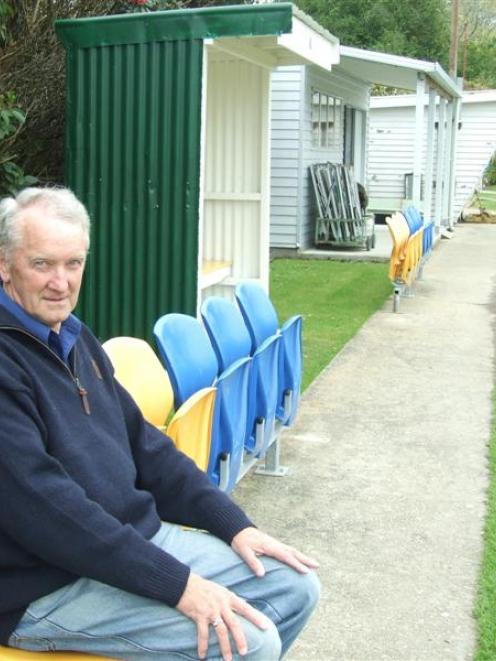 Balclutha Bowling Club secretary Graham Dale sits on a row of salvaged plastic Carisbrook seats at the club. Photo by Helena de Reus.
Carisbrook's demise was the end of an era for Otago. Shawn McAvinue tracks down those lucky enough to secure a memento of the stadium before it was demolished.

But most of the wooden bench seats surrounding the two club greens were rotting and needed plank replacements before being painted.

''The cost of the timber was getting pretty high and then we saw the Carisbrook seats in the Otago Daily Times. We went to get 10 each of the dark blue and yellow ones but we had another look and decided we'd get 60.''

Three club members who were carpenters installed them around the green.

Of the 28 old wooden bench seats, 16 were destroyed to make way for the new seats but 12 remained and were painted blue and gold to match.

''The whole place is now blue and gold - it is quite effective. There's a bit of nostalgia there now. Our club colours are red and white but painting the sheds and benches red and white would be too much of a clash with all this blue and gold around the place - it would look ridiculous.''

There were 44 club members and the club could host 128 players at a tournament.

The spectators could watch the bowling action safely from the new plastic seats, he said.

''If there's a tournament on, people can come down and they've got a comfortable seat that makes them sit upright, where the bench seats have no backing. If you leaned back, you'd fall off.''