Ill wind a pane in the glass 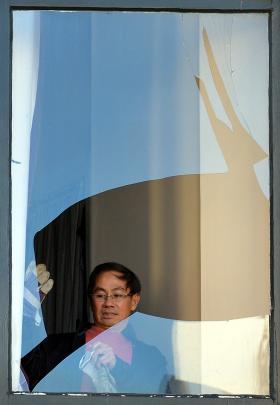 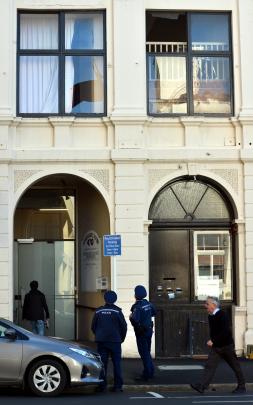 Yesterday was a pane in the glass for Dunedin businessman Tony Tan.

The Investment House owner received an early morning call that his building had been broken into.

But strong northeasterly winds were to blame. The wind smashed first-floor windows in the building, sending a 1.5m by 1m frame crashing 5m to the footpath, while another hung in the balance, suspending jagged shards of glass over pedestrians.

Police cordoned off a section of Moray Pl for 30 minutes while glaziers repaired the windows.

''It was a nasty surprise. But no-one was hurt, which is good. It was pretty scary,'' Mr Tan said.

He was grateful to building occupants Fairmaid Chance and Crawford Optometrists, the Dunedin City Council and police for their swift response to the potentially dangerous incident.

It was not the first time the building, which faces Burlington St, has lost windows to strong winds.

''We had the same thing happen a couple of years ago. It doesn't happen often, though - fortunately. Hopefully, that's the last time,'' Mr Tan said. The winds also damaged trees in Butts Rd,

North Dunedin, yesterday. The Fire Service in Dunedin did not receive any other reports of damage, Senior Station Officer Jason Hill said.