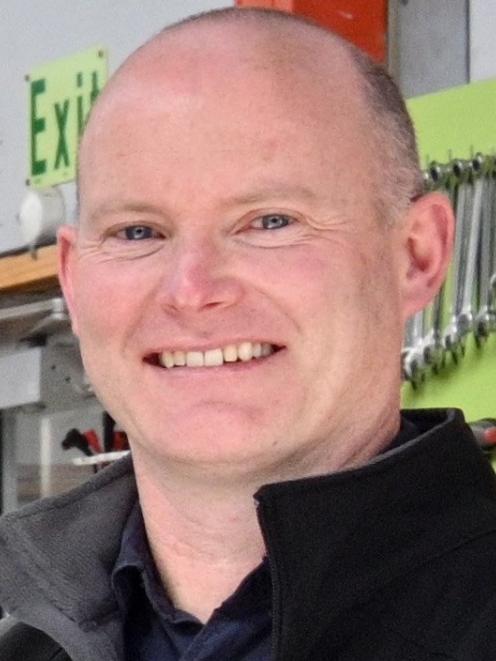 Kevin O'Neill. Photo: ODT files
Local skate parks may be set for a facelift if the Dunedin City Council pumps $6.5 million into city playgrounds over the next three years as outlined in a proposed plan.

The plan is to be put before the council’s community and culture committee on Tuesday.

Skate park improvements are a major part of the plan, facilities being described at present as being ‘‘in poor condition and... not great places to skate’’.

In the first year of the plan, the Fairfield skate park is set to be resurfaced, and ramps will be trialled at Marlow Park, in North East Valley and on the Peninsula.

A relocatable pump track will also be trialled at Marlow Park.

In the second and third year of the plan, further improvements, including resurfacing of the Mornington and Thomas Burns skate parks, and an upgrade of the Woodhaugh Gardens playground, with new equipment and wet play options, will be undertaken.

The plan identifies four goals the council will work towards; for playgrounds to have variety, be accessible to all users, allow for nature-based play, and provide space for free play.

The plan notes deficiencies in the current play landscape.

Thirty-seven playgrounds in the city use an identical swing and slide set, and 34 have two or fewer pieces of play equipment.

Present playgrounds are inaccessible to many, only 6% providing equipment for children of different abilities to play together.

Older children are not catered for either, only a quarter of playgrounds having equipment for 10 to 14-year-olds.

Older children favour hanging out and there are no all-weather facilities that allow this.

The council previously requested a feasibility and options report on a destination playground be prepared in time for the next annual plan.

"In the first year of the plan, the Fairfield skate park is set to be resurfaced" while the condition of Dunedin's roads continue to languish......

I'm all for this. However, to raise funding, can I suggest that number plates be printed onto cyclists 'compulsory' reflective vests. Add ACC premium and insurance levy to the annual registration cost of say $80-$100, plus $25 for the skate parks, plus, $20 for unlimited parking annually. ALL road users should be paying a fee. Cyclists have had MILLIONS of ratepayer payer dollars put into 'road systems' for their convienience....and they still share the roads and the risks. Let's now pay that forward to the kids at the skate parks in the form of 50% of annual registration. And before cyclists get their lyra shorts twisted...I'm a cyclist too. Time to extend USERPAYS to cyclists and assume a fair road user system.