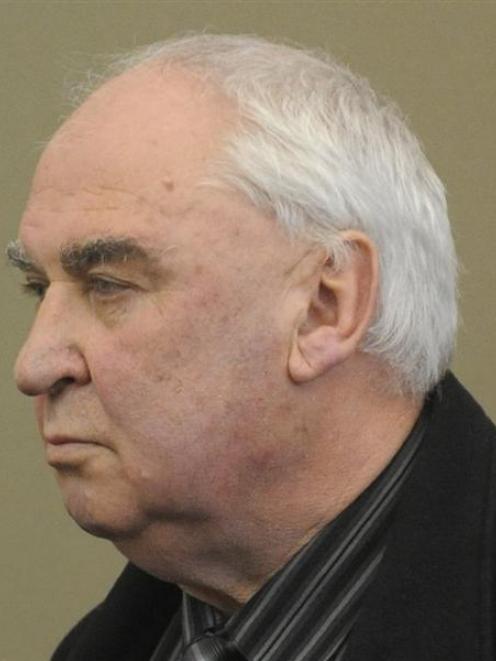 Graeme Jeffrey Pettitt.
It was "telling" the university felt upset by an offender's hypocrisy as he was always warning his team to look out for fraud, Judge Michael Crosbie said, jailing a man for two years and seven months.

Graeme Jeffrey Pettitt (61), a former accounts manager at University of Otago, was for sentence in the Dunedin District Court yesterday on eight convictions from accessing the university's electronic accounting system and taking nearly $240,000 over a seven-year period.

"The impact of your actions was significant for those who worked with you," the judge told Pettitt, who he said had been described as "a senior and trusted manager".

"I'm told you sat at many meetings where it was discussed how the university could reduce fraud against it."

There was no supporting documentation and all payments had been made by Pettitt.

It was found he had set up a bank account in the name of Hadaad Syndicate and had made 72 fraudulent payments into it, totalling $238,846.61.

The payments were for irregular amounts ranging from $645 to $9982.01 and were made systematically, usually monthly or every second month.

Crown counsel Robin Bates argued for a sentence of imprisonment, citing "gravity", breach of trust, significant premeditation, the amount stolen and the period over which it was stolen.

IT was a case of greed not need, Mr Bates submitted.

The shame was "absolutely enormous".

He had lost his home, his position and his reputation.

Pettitt had co-operated with the auditors.

He had handed over his entire superannuation ($54,297) to put matters right.

He had paid as much as it was in his power to pay. The bank would be taking the full proceeds from the sale of his house, Mrs Stevens said.

Mrs Stevens submitted a starting point of around three years was appropriate, with a 35% reduction made up of 25% for Pettitt's guilty plea and 10% for his previous good character, co-operation, remorse and the $54,297 reparation.

From a starting point of four years' jail, the judge allowed discounts resulting in a sentence of two years and seven months.

And he made no formal order for reparation, Pettitt being "irrevocably" bound by the handing over of his superannuation.

Judge Crosbie said, while some funds had been recovered from Pettitt, it was likely none of remainder of the money would be recovered, as the proceeds from the sale of Pettitt's Mosgiel unit were to be returned to the bank.

Pettitt had been receiving counselling for alcohol and gambling addiction, which began 12 years ago after a relationship break-up.

Family members declined to comment outside the court yesterday.