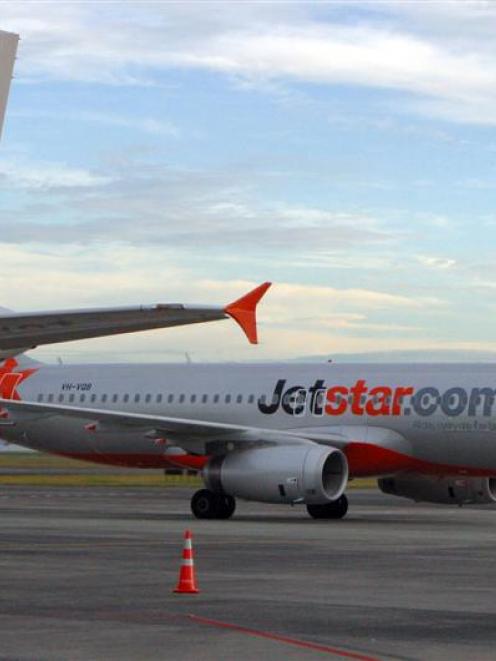 Jetstar today announced it will start flying between Dunedin and Wellington three times a week from October, and will boost trans-Tasman flights to Queenstown and Chirstchurch this summer.

The airline said it would start operating the flights on its sixth domestic route from October 28.

The new jet services will depart Wellington on Wednesday, Friday and Sunday at 11.10am with the return service departing Dunedin at 12.55pm.

To mark the launch special one-way fares will be on sale from noon to 4pm today for $29 (for travel from February 3 to March 16 next year) and $49 (October 28 to December 9 this year).

Jetstar also announced it will be adding its wide body Boeing 787 aircraft to its trans-Tasman schedule over the upcoming Christmas holiday season, along with extra summer flying to Queenstown and Christchurch from Australia.

Additional Airbus A320 capacity from Australia to Queenstown has been added for the busy holiday season with more than 10,000 extra seats between December and January compared with last year.

"Queenstown is truly a year-round holiday destination and we're recognising that by adding a significant number of extra seats this summer," Mr Kerr said. "This complements the additional flying we added during the ski season this year."

More than 5000 extra seats will also be added over summer between Christchurch and Melbourne.