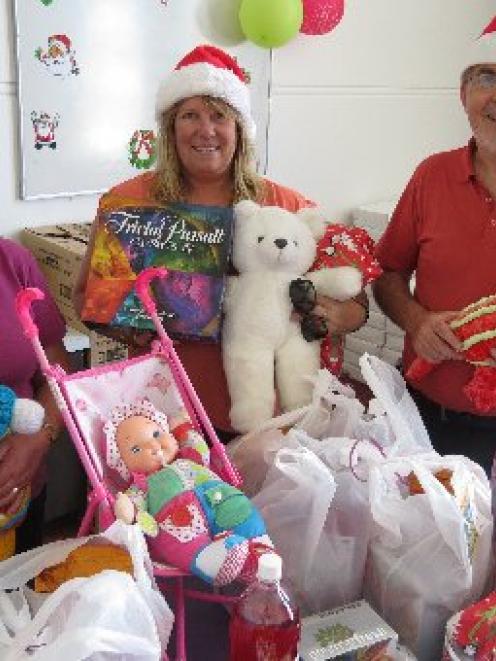 Around 300 Christmas food and gift packages were prepared by the city's main foodbanks and distributed by social agencies as a contribution to a Christmas meal.

The agencies worked together to help people behind the scenes all year long but the combined foodbank was a highly visible demonstration of this work that could not be achieved by any one group by itself, he said.

Presbyterian Support family works supervisor Deb Gelling said many people receiving charity saw the Christmas foodbank as an opportunity to give something back to the community that had helped them when they were in need.

Around 10 volunteers and social agency representatives spent Monday sorting and packing goods, which were distributed on Tuesday and Wednesday.

The annual Christmas Foodbank programme has been running for more than 10 years.

Most of the families receiving parcels were social agency clients. They received the items based on a needs assessment.

The food, treats and gifts distributed through the Christmas Foodbank were donated or bought using funds given by local organisations and businesses.