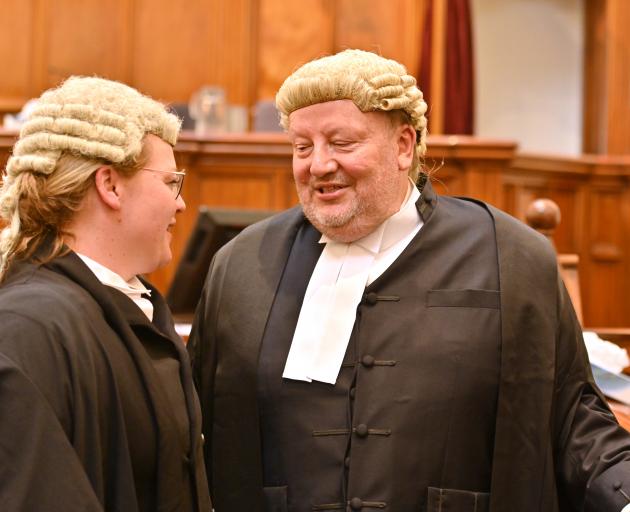 Len Andersen QC officially joined the inner bar yesterday in a special sitting of the High Court at Dunedin which was described as "a celebration" by Chief Justice Helen Winkelmann.

There was not a seat spare in the vast courtroom.

Dunedin’s eminent Queen’s Counsel were joined by those from further afield, as well as judges of the High Court and the District Court.

The focus could not be taken from Mr Andersen — despite the fact he was forced to remain silent for the majority of the ceremony, seated in front of his daughter, and fellow lawyer, Cate.

Justice Winkelmann quipped that he had no right of reply, as he was used to in the criminal jurisdiction, and suggested he "stand and relax".

Just 274 QCs had been appointed in New Zealand in the past 113 years.

While the rank had a reputation of bestowing "a licence to print money" she said it was about much more than that.

Silks had to be committed to the development of the law, show a fierce independence and a desire to take on complex work without financial reward.

"The role is reserved for the strong, the upright, the learned and the brave," Justice Winkelmann said.

Mr Anderson, she told those gathered, embodied those qualities.

However, she had a cheeky jab reserved to keep the new QC on his toes.

"Your advocacy style could not be described as polished," she said, to much amusement.

"All the better for that."

Judges, she said, were able to look past the verbose and sophisticated advocate.

"You’re rather adept in finding the true merit in any case you are arguing," said Justice Winkelmann. 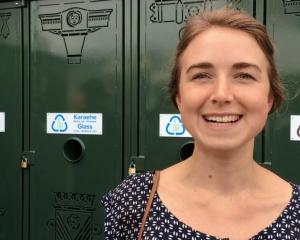 "The role is reserved for the strong, the upright, the learned and the brave,".
Brave!, what's so 'brave' about being a lawyer?. Arguing in a court room whilst being paid hundreds of dollars an hour is not brave, rescuing a comrade under fire in a war zone is being brave.