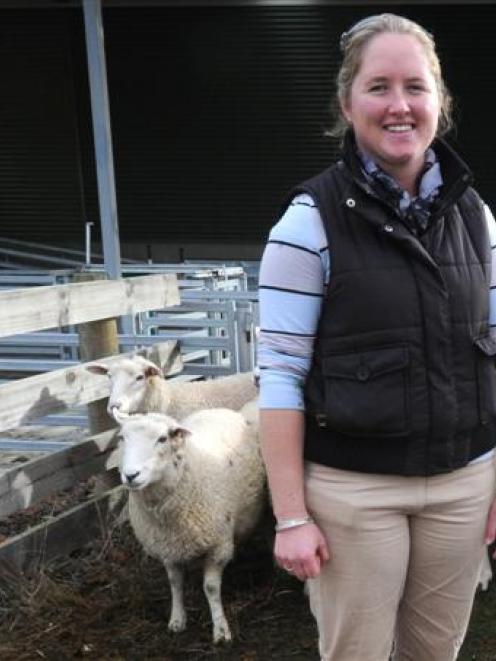 Knowing how to pick good stock for breeding purposes would be useful when she eventually owned land and had a breeding herd or flock of cattle or sheep, she said.

It is a big week for the country's young farmers, with the National Bank Young Farmer Contest grand final running in Dunedin, along with the organisation's national conference.

It was the first official day of competition for grand finalists yesterday, with the technical day held at Invermay.

Miss Ross, who works as a field consultant for Outgro Bio Agricultural Ltd, described it as an "awesome" week for members.

Today, she will be part of the contestant crew, supporting one of the grand finalists during the practical day at the Forsyth Barr Stadium.

While not able to offer any advice or help, she would be time-keeping and "making sure they're at the right place at the right time".

Tomorrow, she had the official title of hair and make-up co-ordinator, arranging appointments for women attending the evening show, which was "a laugh" to those who knew her well.

"I don't virtually own any make-up myself," she said.

A keen entrant in the Young Farmer Contest, her goal was to make a regional final. It was great to see a woman competing this year: Northland's Katherine Tucker is the third female grand finalist in the contest's history. Miss Ross wished her all the best.

Miss Ross has been a Young Farmers member since 2005, the past two years as a Nightcaps club member.

She enjoyed the people, "the amount of things you get to do and the places you get to go" and the learning along the way.