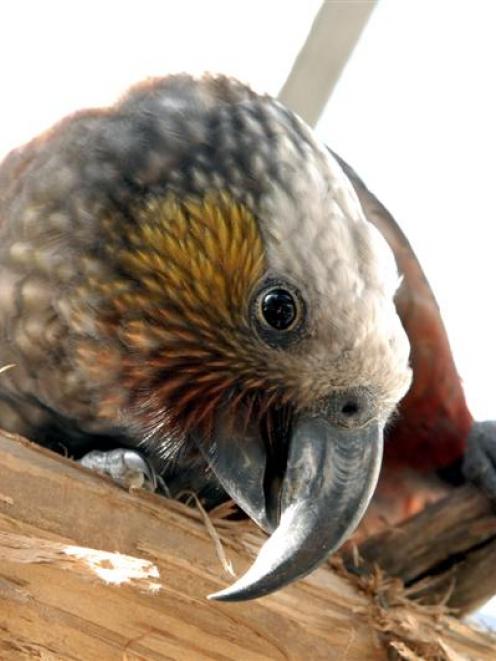 The kaka, which have been living in an aviary at the ecosanctuary for the past six months, are the first species to be reintroduced within the predator-proof fenced area.

General manager Chris Baillie said reintroducing species which had been lost was what the project was all about, so the likelihood of future translocations was riding on the success of this release.

As the birds were known for being curious, playful and intelligent and for having a propensity to travel long distances, it was expected they might explore wider Dunedin.

"If you see a native parrot in your garden, it's not an escapee from the botanic garden."

She asked people not to feed the birds, as some foods could be harmful. She urged that cats and dogs be kept away from them.

To encourage kaka to stay in the ecosanctuary, safe from predators, staff would continue to provide food, and adult kaka would remain to call to them, she said.

The birds would be fitted with transmitters to help monitor their movements.

Kaka used to live throughout the South Island but were now restricted to large tracts of low and mid-altitude forest in northwest Nelson, Westland and Fiordland because of habitat loss and predation. They still thrive on Stewart Island.

Anyone seeing a kaka in their garden was asked to phone the ecosanctuary on 482-1755, she said.