A 24-year-old man charged with attempted murder after a shooting in Karitane yesterday has been remanded in custody and granted interim name suppression.

The accused appeared in the Dunedin District Court this morning and was remanded in custody until his next court appearance in the High Court on October 26.

He was granted interim name suppression until that appearance. The victim's name was also suppressed.

Police charged the man after another man was shot in the head in the seaside village north of Dunedin yesterday, the Otago Daily Times understands.

Detective Inspector Stu Harvey said a 24-year-old man was charged in relation to the shooting at a Coast Rd property. 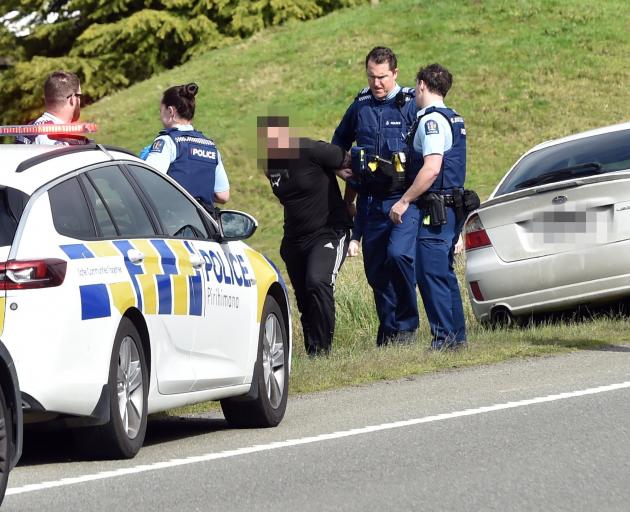 A man is arrested at the side of State Highway 1, south of Waitati, yesterday about 4pm. PHOTO: PETER MCINTOSH

Police were called to the property at 3.20pm, Det Insp Harvey said.

The injured man was taken to Christchurch Hospital, he said.

Police were still working to establish the circumstances, but it was believed the two men were known to each other.

Police were not looking for anyone else in relation to the incident and a scene guard remained at the property last night while a scene examination continued, he said.

Yesterday afternoon, ODT reporters watched a handcuffed man being loaded into a police car on State Highway 1, about 20km south of the Coast Rd address. 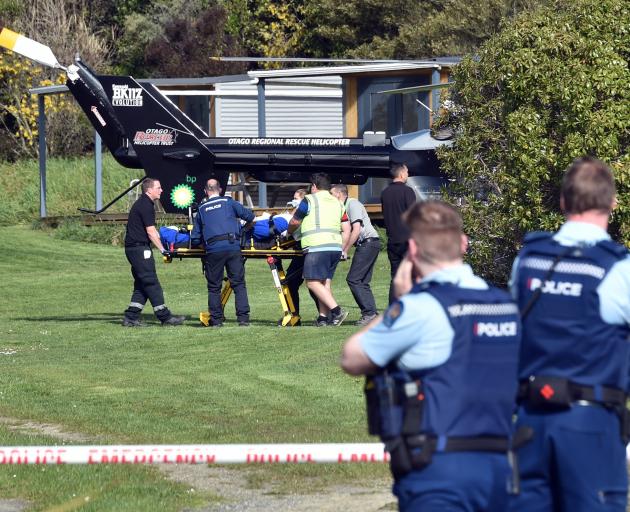 Emergency services transfer a patient in a critical condition to a waiting helicopter in Coast Rd about 4.45pm yesterday. PHOTO: PETER MCINTOSH
At least half a dozen police officers, including a member of the armed offenders squad, were involved in the arrest, about 4pm.

The ODT understands the man was shot in the head during the incident.

Reporters at the scene in Karitane described police officers cordoning off the scene shortly after 4.20pm.

A helicopter was at the property, as were St John staff, and police officers in both marked and unmarked cars.

Several members of the public were speaking with police in the cars;  one was visibly upset.

Several police officers left the scene with the members of the public minutes after ODT reporters arrived.

A St John spokeswoman said St John was called to the incident at 3.35pm.

At 4.30pm staff were treating one person with critical injuries at the scene in Coast Rd, she said.

Shocked neighbours spoken to by the ODT said they had not heard anything out of the ordinary that afternoon.

A Coast Rd resident said they had heard about the incident from their daughter, who told them to stay inside.

Another resident said they heard the helicopter arrive.

One man said he had been in his garden nearby, but he had not heard anything.

There was only one residence at the property; it had been occupied by a young couple, he said.