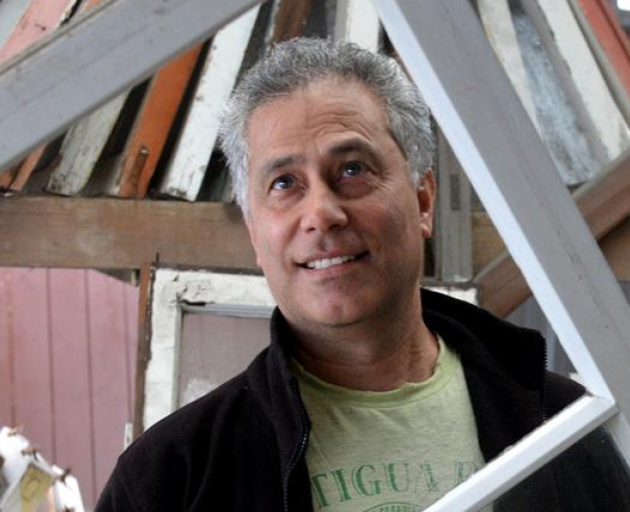 Dunedin home renovator John Alipate says he did not think twice about the asbestos risk when ripping into old homes, but now he is urging others not to make the same mistake. Photo by Stephen Jaquiery.

Thinking of ripping up the old lino and sanding back the timber underneath? You might want to think again. As Chris Morris reports, asbestos can lurk where you least expect it.

The Dunedin-based businessman, who now runs a home renovation company, spent his early years buying up older homes and renovating them to build up a rental property portfolio in the 1990s.

But that plan did not include asbestos, the carcinogenic mineral which lurked in the floors and ceilings he was sanding into a dust cloud.

"I would just rip into it and get stuck in without even looking at the asbestos. I'm guilty as hell when it comes to that.''

"In those days you didn't really sort of fully understand how terrible the stuff was. You just got into it and got it done, really.''

That often involved working in a cloud of dust, as Mr Alipate ripped down walls and ceilings, and he still recalled snorting water into his nose at the end of the day to try to clear nostrils "absolutely caked'' with dust.

Now aged 54, Mr Alipate said he remained healthy and free from the symptoms of mesothelioma - at least for now.

But with mesothelioma's latency period lasting decades, he could only hope that would not change in the years ahead.

"I'm fine at the moment, but that doesn't mean a thing.

Mr Alipate was not alone. His actions would be recognised by enthusiastic fans of do-it-yourself home renovation across New Zealand.

But, unknown to many, the dust kicked up by power-sanders and drills could unleash a cloud of microscopic asbestos fibres.

And it was those fibres, once inhaled, that were responsible for a wave of disease and death that has so far claimed an estimated 5100 lives across New Zealand.

Asbestos miners, workers who handled it and tradesmen had born the brunt of the first two "waves'' of asbestosis, mesothelioma and lung cancer that resulted.

But Australian research last year suggested 20% of mesothelioma cases recorded there in the past five years came from a "third wave'' of non-occupational exposure to asbestos, including people engaged in home DIY.

That third wave was expected to result in 8100 new cases of mesothelioma in Australia in the decades to come, as fibres lodged in the lung developed over decades into deadly disease.

The situation in New Zealand was less certain. No national epidemiological study of mesothelioma had yet been carried out, Prof David Skegg, of the University of Otago, said.

But it appeared New Zealand's third wave of mesothelioma could still be rising, and those engaged in DIY work at home were more at risk, he said.

But it was not just linoleum floors that harboured the threat. Asbestos could be found all through thousands of homes built, or renovated, between 1940 and 1990 in Dunedin and across New Zealand.

That decorative ceiling finish above your head?

Those roof tiles keeping you dry?

The cladding keeping the weather out, the gutters taking the water away, and the insulation keeping you warm?

All of them potentially harboured asbestos fibres. 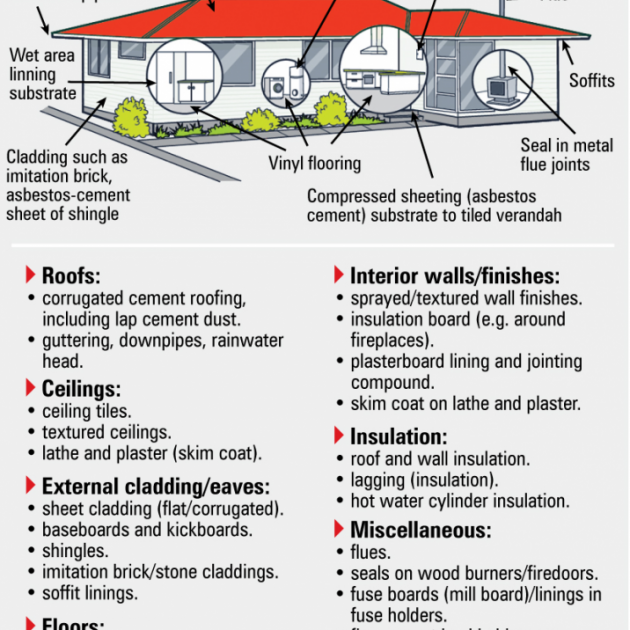 The presence of so much asbestos in so many New Zealand homes reflected the country's initial enthusiasm for the "miracle mineral'', but also the slow response to emerging health concerns linked to it, Prof Skegg believed.

Exposure to asbestos in the home - as elsewhere - was a risk only if the materials containing the fibres were in poor condition or disturbed, Prof Skegg stressed.

Prolonged exposure also exacerbated the risks, although research to date showed mesothelioma "can occur with very low exposures'', he said.

"One of the issues with do-it-yourself work is if you liberate a lot of asbestos dust and it remains in the building for a while, that increases the exposure.''

Despite that, public awareness of the risks posed by asbestos in the home remained "very low, I fear'', Prof Skegg said.

Dunedin builders, as well as those companies engaged in asbestos surveying and removal, agreed.

"There is a time bomb we've really got going,'' Stuart Keer-Keer, of K2 Environmental Ltd, said.

"The biggest thing that needs to be done is people need to be educated. People need to know what they're doing.''

Mr Keer-Keer, whose Christchurch-based company had clients in Dunedin, said the younger generation of tradesmen seemed to be "more aware'' of the risks, but there was still room for improvement.

His company ran asbestos awareness training sessions, and "you can tell you have people's attention'', he said.

"People are gobsmacked at the extent of it, and the risks.''

"People can start ripping their vinyl out and then they find out it could have asbestos in the vinyl.

"It seems a lot of people rip it out and then ask the questions.''

Southern Insulation owner Trevor Bell said some DIY home renovators were putting themselves at risk through their ignorance.

"[They are] the ones that are inadvertently going in and scraping ceilings and sanding down walls and floors, and don't realise they're creating themselves a problem.

"There's still a lot of naivety going on around some of the asbestos in domestic houses and the desire to do it right.''

The fibres could be found in other parts of the house as well, including the roof space, and even a new roof might not solve the problem, he said.

"Even if you change the roof out, is it still on the beams and potentially on top of the Pink Batts?''

In New Zealand, responsibility for asbestos safety was shared between WorkSafe, the Ministry of Business, Innovation and Employment, the Ministry of Health and Ministry for the Environment, all of which were represented on a liaison committee, Prof Skegg said.

The Ministry of Health and WorkSafe both provided advice for homeowners on asbestos risks and what to do about them, and new regulations introduced on April 4 aimed to tighten the way they were managed.

Last year, Prof Skegg - then the Royal Society's president - was asked to co-author a major report on the risk of non-occupational asbestos exposure in post-earthquake Canterbury.

The report found homeowners were unlikely to face significantly increased risk from repair work, unless doing the work themselves "without taking proper precautions''.

More research had been carried out in Australia, which in 2013 created the Asbestos Safety and Eradication Agency to promote "a national focus on asbestos issues''.

Research published there in 2014 suggested 61% of DIY renovators surveyed had been exposed to asbestos during home renovations, as well as nearly 40% of their partners and 22% of their children.

That lack of awareness prompted a warning Australia could have an increase in asbestos-related disease if appropriate safety steps were not followed.

In Dunedin, Mr Alipate had a few simple words of advice for anyone planning their next DIY project: take precautions and be prepared to call in the experts.

"Anybody that wants to do renovation or building without proper gear to look after themselves, I think they're silly really.

"Especially now with all the publicity and the awareness that's out there about how terrible the stuff is.''