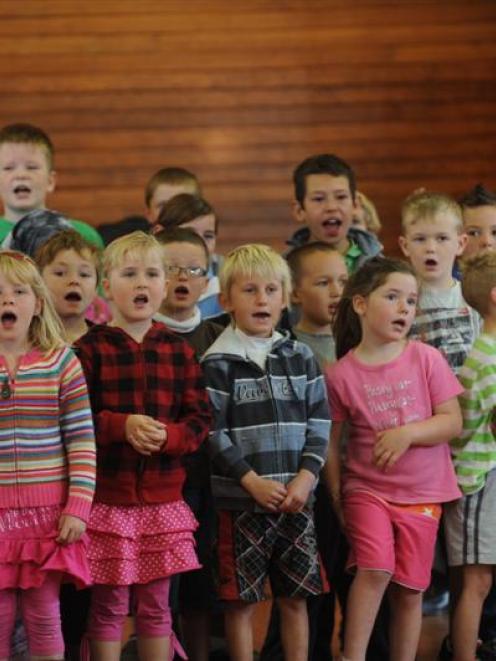 The Brighton-based school is the sum of the former Brighton and Ocean View Schools, which officially merged at the beginning of the year because of declining rolls.

Principal David Grant said while there had been teething problems in the first few months at the school, all the pupils had settled into their new home well and it had been a privilege to be part of establishing the new school.

Many people in the community had worked long and hard to bring the dream of a merger to fruition, Mr Grant said.

Yesterday marked the end of the merger process and the beginning of Big Rock School.

"Perhaps the Spice Girls said it best - when two become one.

Dunedin Mayor Peter Chin officially opened the school, and a new sign with the school's name attached to a seven-tonne boulder was unveiled.

About 200 parents attended a concert given by the school's 76 pupils and their new school anthem - Queen's We Will Rock You - was given its first airing.