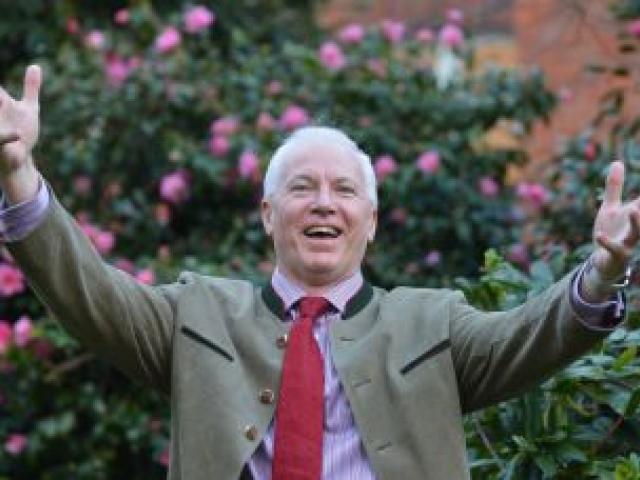 And that was down to two things, visiting Royal Conservatoire of Scotland head of vocal performance Prof Stephen Robertson said in Dunedin yesterday.

''New Zealand is one of the countries in the world which has a particularly high number of international level singers; certainly far higher than the population would suggest,'' he said.

''There are, I think, two reasons for that.

''There are aspects about the New Zealand accent that are very helpful.

''The 'r' sound is further forward and brighter than many Europeans.''

There was also something very grounding about the training here, he said.

New Zealand tutors seemed to be open to combining a traditional European approach with the curiosity to try new things and find better ways of doing things.

Prof Robertson (58) was invited to Dunedin by University of Otago William Evans senior lecturer in voice Judy Bellingham, after he appeared as guest speaker at the New Zealand Association of Teachers of Singing annual conference in Nelson at the weekend.

''I was very keen to come to Dunedin. There is a very good reputation in Britain for singers from New Zealand.''

There was also a surprising number of Kiwis working in the industry in Germany and Europe, he said.

Pioneering opera singers such as Dame Kiri Te Kanawa and Sir Donald McIntyre had blazed a path for modern vocalists, including Dunedin tenor Stephen Chambers, who studied under Prof Robertson at the Royal Conservatoire six years ago.

Prof Robertson (58) studied music at the University of Oxford and singing at the Royal Academy of Music, before a 14-year singing career in Germany.

He later taught at the Royal Northern College of Music in Manchester and has been at the Royal Conservatoire of Scotland for the past 11 years.

He has a special interest in singing voice research, particularly in the area of the male passaggio [Italian for passage], the pitch ranges in which vocal registration events occur.

Voice research had benefited from computer technology developments over the past 20 years, he said.

''We have gained a much deeper knowledge through computers.

"I use both spectrographs, which show the harmonic control of voice, and glottograms, which show what vocal folds are doing.''

Prof Robertson conducted a masterclass for sopranos at Marama Hall yesterday and will hold a second class, for tenors, today.

He returns to the Royal Conservatoire of Scotland on Friday.