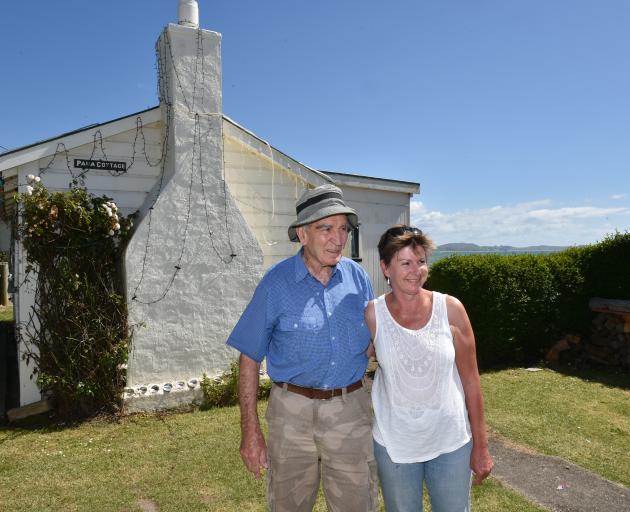 For more than 75 years Paua Cottage at Shag Point/Matakaea has provided Lyndsay Garrett and his daughter Susan's families with a home away from home. Photos: Gregor Richardson
It's a crib with million-dollar views out the kitchen window - but all the money in the world is not enough to buy it.

For more than 75 years Lois Garrett (81) has been travelling from Dunedin to Shag Point to holiday at her family's crib overlooking the Pacific Ocean and Katiki Beach - first with her mother and father and then with her own family.

Her father, William Millar, bought the former miner's cottage - known as Paua Cottage - off local identity Josh Davis and it has been in Lois' family ever since.

Eventually the one-bedroom crib was passed on to Lois and her husband Lyndsay (83) who have been holidaying there with their children ever since.

The cliff above Katiki Beach near Shag Point/Matakaea used to be dotted with cribs and cottages but the Paua Cottage is now the only one left.
Inside, the walls are lined with old family photographs as well as an assortment of curiosities and knick-knacks, collected and carefully curated over the years.

Fishing gear, a large collection of board games, an assortment of fridge magnets and old posters charmingly decorate the interior.

A few additions have been made to the original frame of the building, to make things a bit more comfortable for the family.

A large window allows a never-ending view out over the ocean, the perfect spot to watch ships sail past and waves crash into each other. 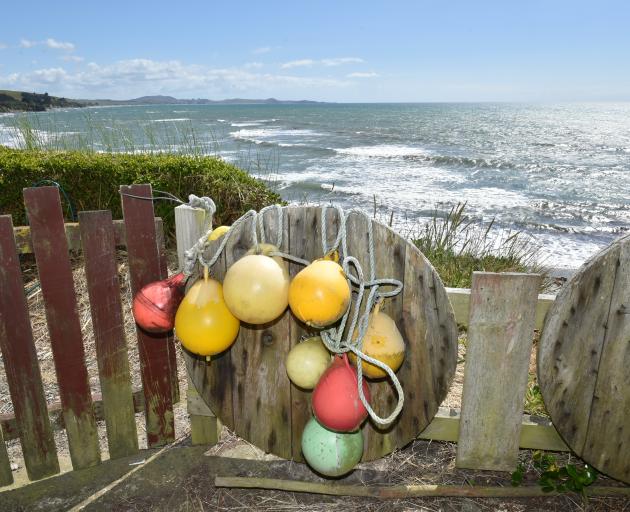 While the ocean provides an ever-changing landscape it is also slowly clawing away at the cliff leaving the crib with an uncertain future.
''That's my favourite spot right there. You'll never get sick of that view, it changes all the time; the only thing is the nor'easterly comes right in here and brings a bit of that muckiness with it.''

Such is the popularity of the crib, it has been put on posters and even an official postage stamp.

''They didn't tell us and we didn't know about it until my brother told me and send us a postcard with the crib on it,'' Mrs Garrett said. 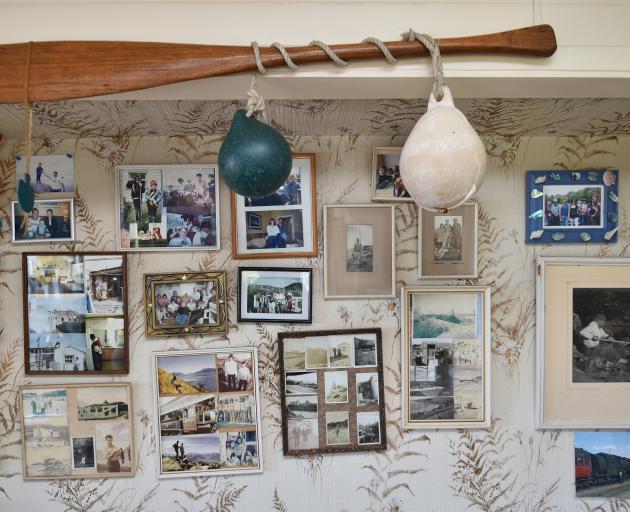 The crib's interior is filled with an assortment of family photos and old knick-knacks carefully curated over the past 30 years.
''We didn't even get a free stamp out of it,'' Mr Garrett said.

Now the couple are retired they try to make the trip from Dunedin about once a month but the crib faces an uncertain future.

Cribs and cottages once dotted the cliffside along the beach but they all eventually succumbed to either the ocean on one side or the widening of State Highway 1 on the other.

A long-drop in one corner of the property has already fallen to the perpetual march of erosion and been lost to the sea.

One of the most sought-after spots inside the crib is the kitchen table which sits right next to a large window overlooking the beach and ocean below.
Even if nature does not take it the crib may not last much longer as it is situated on land owned by the Department of Conservation which has a policy of eventually phasing out all private baches on conservation land.

''We're not really sure what's going to happen, which is a shame, but in the end we've had so many years of enjoyment out here we can't really be bitter about it.''