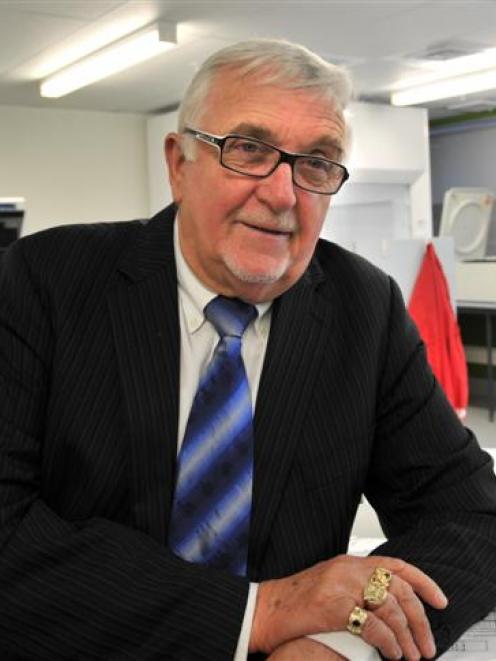 Sir Peter (68) visited the commercial laboratory of Pacific Edge in Dunedin, where he sends a monthly urine sample to detect bladder cancer. He later flew home to Auckland to watch the Shane Cameron fight last night.

Sir Peter has been fighting his own fight.

A week before Christmas, a few years ago, he was diagnosed with a rare form of aggressive bladder cancer, he said.

"I remembered the doctor saying, 'I've got some good news and bad news."'

The bad news had him crying in the car park; the good news was the cancer had been found early.

But getting to that diagnosis took some pushing, he said.

He saw his doctor after feeling "funny".

"There was no pain. I just felt uncomfortable. No-one knows your body better than yourself and if you're not feeling 100%, you should go to the doctor."

His doctor gave him antibiotics for a bladder infection and made him an appointment with a specialist after Christmas.

Unwilling to wait, Sir Peter called the specialist and got an appointment for the next day.

People should not wait and if they were not happy with a doctor's advice, they should get a new doctor, he said.

His older brother died of bowel cancer because he did not see a doctor soon enough.

"I want to see more men going to the doctor and not dying like my brother."

Life was too precious to gamble.

He sent urine samples to the lab in Dunedin monthly to give him peace of mind, between appointments for the traditional testing with his urologist, he said.

Pacific Edge chief executive David Darling said the Cxbladder detection test underwent 10 years of research and development before being launched in New Zealand and Australia. It was soon to be available in Spain and the United States.