Looking at dark side of Santa 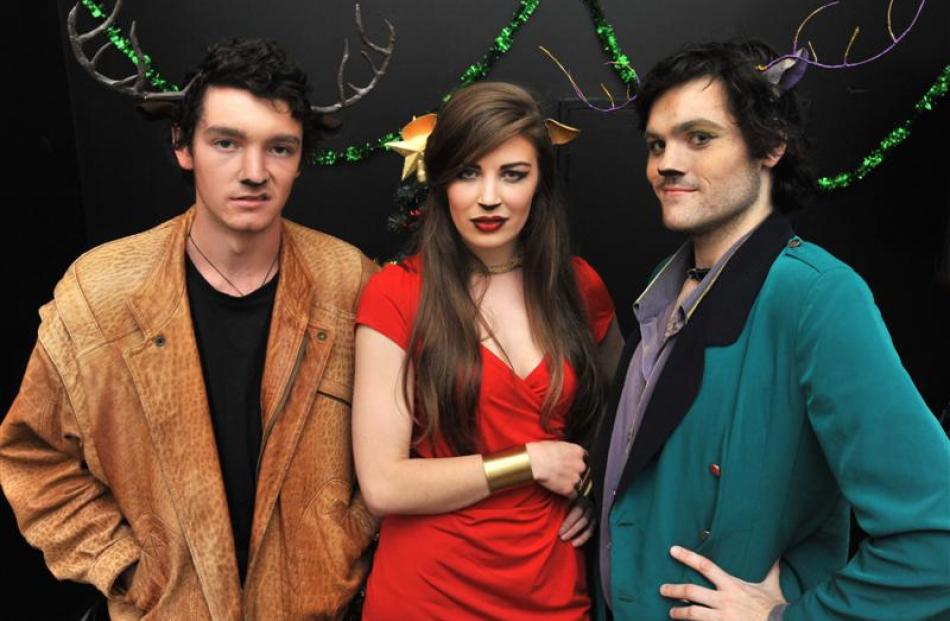 The Eight Reindeer Monologues is a series of venison vignettes in which Santa Claus is accused of historic sex crimes.

Due to the play containing ''potentially triggering content for survivors of sexual abuse'', Rape Crisis Dunedin volunteers will attend each performance to offer support, director Caitlin McNaughton said this week.

''I wanted Rape Crisis involved, because I wanted their guidance to make sure we were treating the subject in a sensitive manner. They are also there to support our cast and make sure they're safe. Some of the cast have to play survivors of rape and that's a very hard thing to do.''

The play has been developed in association with Rape Crisis and all proceeds are being donated to the Dunedin centre.

The 1994 play dealt with issues surrounding sexual violence and was timely after the recent ''Roast Busters'' controversy, Ms McNaughton said.

''It was written 20 years ago, but it's still so relevant. We hope the play will provoke discussion and further understanding about these issues and challenge notions inherent to New Zealand rape culture.

''Sexual violence is something a lot of people shy away from discussing, or confronting, in a real and constructive way; especially in Dunedin. People will make jokes about rape, but they won't sit down and discuss the real issues behind it,'' she said.

''I wanted to bring these issues to the forefront in a safe place and theatre is the way I know how to do that. It's in a cafe because it's a comfortable, intimate, cabaret-style setting, with lots of audience interaction.

''I'm excited, but also nervous ... because I know there is going to be at least one person in the audience each night upset. But, if people can find something new in it and it provokes discussion then it has been a good thing to do.''

- The Eight Reindeer Monologues is on at Taste Merchants at 7.30pm today, tomorrow and Saturday.