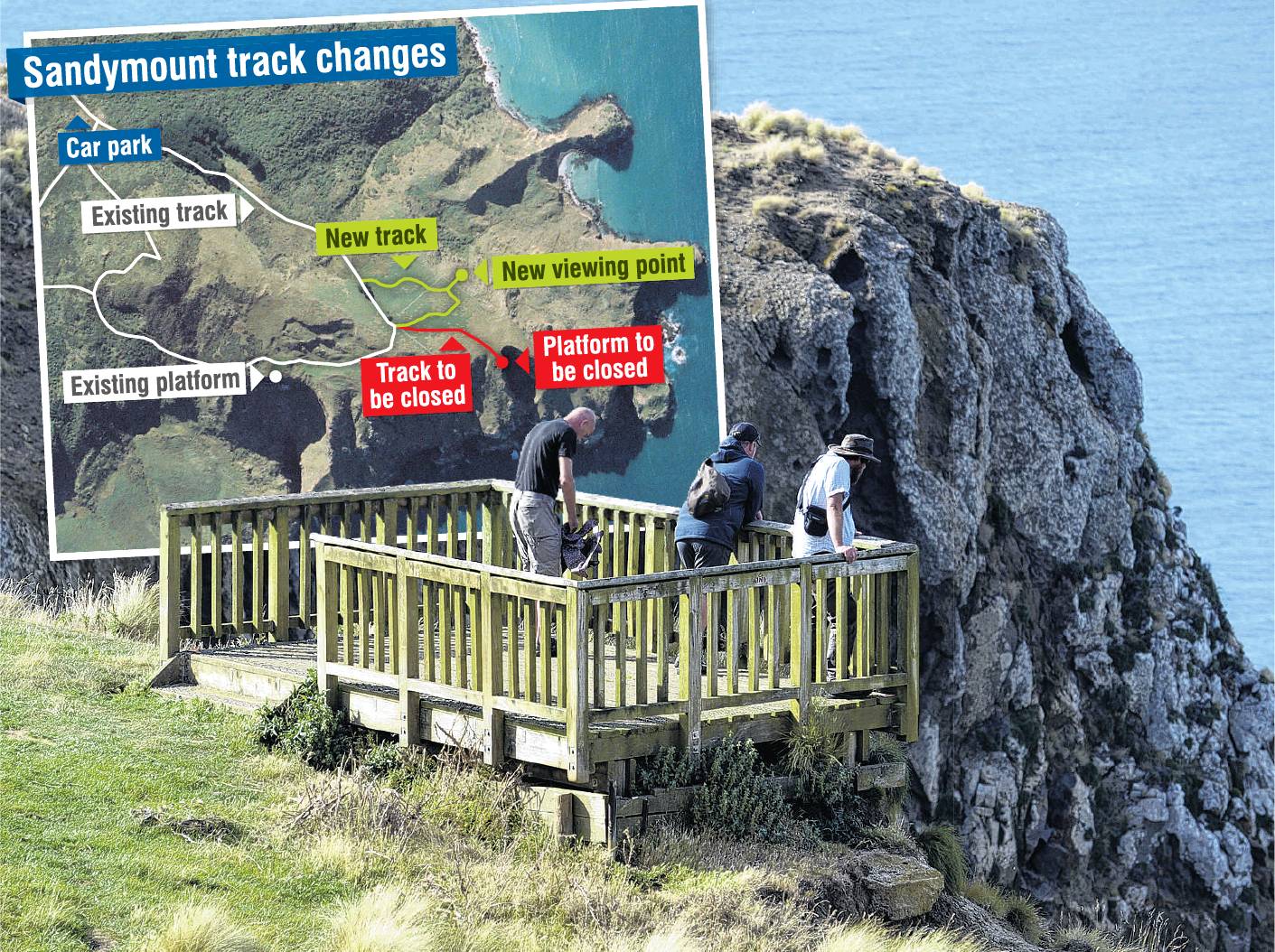 The viewing platforms overlooking Lover's Leap (pictured) and the Chasm, at Sandymount on Otago Peninsula, are to be removed by the Department of Conservation. PHOTO: GERARD O'BRIEN
The Department of Conservation is to remove two popular Otago Peninsula viewing platforms overlooking Lover's Leap and the Chasm.

Doc coastal Otago acting operations manager Mike Hopkins yesterday confirmed the platforms at the Sandymount Recreation Reserve, and a section of track leading to them, would be closed to the public from Monday because of concerns about land stability.

A new section of track and viewing platform would be built to replace them, looking northeast over Allans Beach, Hoopers Inlet, Mt Charles and inland to Harbour Cone, he said.

That report had found no immediate cause for concern, but "did advise of potential future risks to the stability of the land" around the existing viewing platforms, he said.

The platforms themselves were not at fault, but the area of potential land instability around them was significant, he said.

That meant the platforms could not simply be moved inland, away from the cliff edge, he said.

"There wasn't any other option, so we made the decision that really the only option was to remove the structures and realign the track."

The new track and lookout, costing about $15,000, was expected to be completed in April.

It would still offer "stunning panoramic views", but he could understand the public would be disappointed by the change.

"I certainly understand their disappointment, but for the department it's all about managing visitor safety."

Otago Peninsula Community Board chairman Paul Pope said the existing viewing platforms were popular with tourists and residents alike, and the change was "a big deal".

"Those traditional viewing points from Lover's Leap and the Chasm have been there for a very long time. That's part of the attraction of that area."

He was also disappointed he only learnt of Doc's plans when a brief email arrived on Wednesday night, days before the work was to begin.

The recreation reserve was managed by the department, which had no obligation to consult publicly on the change, but "it would be nice to know more about it", Mr Pope said.

"I must admit I was quite surprised when I read it.

"I mean, there must be months of lead-up to this, and yet we know nothing about it ... I would have thought that perhaps as a courtesy, rather than a week before, we might have known a month or so before."

He has invited Doc staff to attend the board's next meeting, on Thursday, to explain the changes in more detail.

Mr Hopkins accepted Doc could have done better in talking to the community board sooner, and would discuss the invitation to next week's board meeting with Mr Pope.