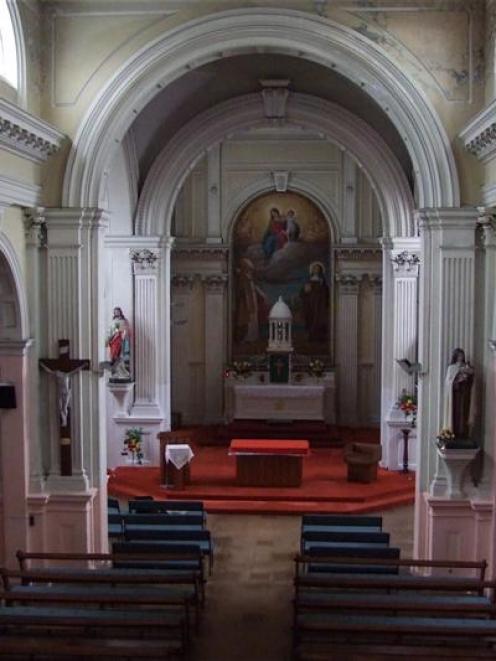 A plan, put forward by Bishop Colin Campbell at a meeting in the South Dunedin pastoral area last week, also includes other improvements such as a new parish centre and presbytery.

Diocese general manager Stuart Young told the Otago Daily Times yesterday the building was very solid but it did not meet the regulations because the walls were not tied to the roof or floor.

It would need a new floor and would also have to meet higher fire safety standards.

He was uncertain how much time the diocese had to get the building up to the proper standard because the Dunedin City Council's website was "a little bit hard to follow".

"We need to be starting to address it now rather than panicking when the time-frame gets a lot shorter."

He believed it was worth acting early because owners of other city buildings also faced the prospect of being required to do strengthening work.

"Everybody's going to be in there trying to get grants etc for these sorts of buildings. So there's not going to be much there for the whole of Dunedin if they are after the pot of gold at the same time."

The plan also envisages improving the appearance of the building by painting it, taking off the "ghastly" front porch and adding a glass cupola on the top.

Originally, the building was designed to have a huge dome and Corinthian columns, although Mr Young believed to achieve that look now would require a complete rebuild.

The diocese was consulting the Historic Places Trust as well as the church community.

Three other churches fall within the South Dunedin area - in Forbury, Tainui and Waverley.

Mr Young said it would be up to individual parishes to decide what they did with their buildings once the new centre was open.

"Bearing in mind that several of those other churches will have to undergo the same process that the basilica does with strengthening and other work."

He said the important thing was to make the basilica more of a "living place" and something that could serve the whole South Dunedin area; ". . . actually make the place much more of a centre rather than it just be a place of worship".

"We have an obligation and a legal requirement to fix the building but also we want to turn it into something that is actually going to be applicable to our modern day worship and more so it can become a centre in South Dunedin for Catholic outreach in the community."