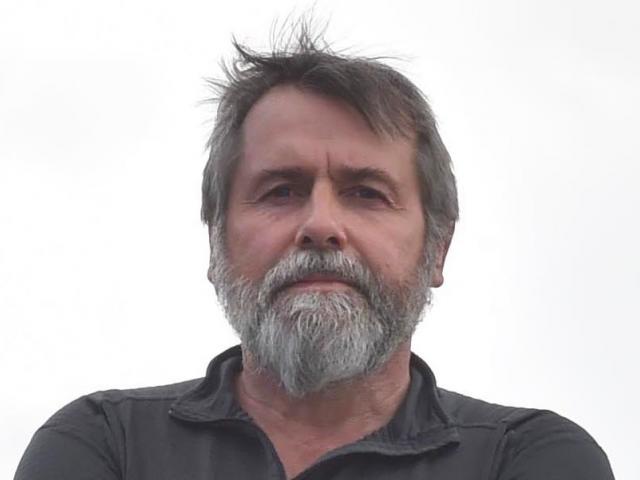 Richard Healey.
A detailed map showing the location of every dangerously compromised power pole in Dunedin reveals just how worried residents should be about the risk of death or injury.

The map was anonymously leaked to the Otago Daily Times as the fallout from health and safety accusations relating to rotting poles against Dunedin City Council-owned companies Aurora and Delta continue to mount.

•A detailed map of the faulty poles

The poles are some of the 2910 dangerous ones Aurora yesterday acknowledged were spread across Dunedin and Central Otago and identified as needing replacement in the next 12 months because of the risk they could fall over.

Whistleblower and former Delta worker Richard Healey said Dunedin residents and especially those living, working or going to school near dangerous poles should ''absolutely'' be worried.

It was ''incredibly lucky'' a member of the public had not been seriously injured or killed in recent years.

''You haven't got much chance of winning Lotto, but if you buy enough tickets you increase your chances substantially.'' 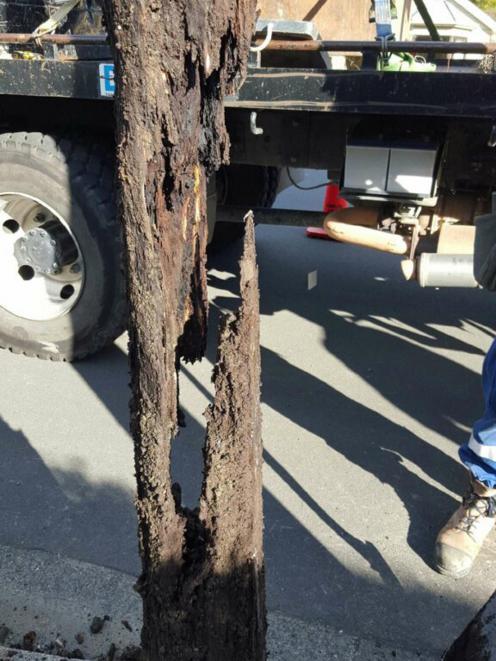 The rotted underground part of a dangerous pole removed by Delta staff in Dunedin last May. Photo supplied.
He urged residents to call Aurora if they noticed any worrying signs of damage on compromised poles shown on the map.

Mayor Dave Cull said given reviews were under way, it was too early say whether the number of dangerous poles in Dunedin was a problem.

''Whether it is a problem remains to be seen by the review and I'm not going to pre-judge it.

''If the risk of the poles is not being dealt with properly we have a serious problem [but] I don't know if that's the case,'' Mr Cull said.

The spokesman said a physical inspection of all 2910 poles was being undertaken to re-verify the prioritisation of the maintenance and replacement programme.

That work was due for completion by mid-November.

Any member of the public concerned about the safety of poles in their area or any other network safety concerns should contact Delta on 0800 433 582 or visit the Aurora website.

Given the nature of the issues raised and the ''various regulatory requirements'' Aurora had brought in legal and communications advisers to help respond.

Cr David Benson-Pope said the maps aptly highlighted the extent of the problem, and the urgent priority should be tackling the health and safety risk.

''It reinforces the issue that there are some pretty serious questions that have to be answered.

''The public safety issue should be everyone's focus right now.

''I'm a bit sad that doesn't appear to have been Delta or Aurora's prime focus,'' he said.

It appeared Delta and Aurora paid big salaries to management ''who don't appear to be able to do their job''.

Mr Healey pointed to numerous near-misses, which included a pole falling on Castle St in 2014, next to the University of Otago, which narrowly missed striking the son of a Delta staff member.

Another recent incident involved a 6000-volt line coming down in Mosgiel, which a farmer placed a road cone on.

The reaction of Delta staff to that incident was ''how is he still alive''.

''Around the lunch table at work the conversation was always how somebody hadn't been killed''.

The network had deteriorated to the point where a pole was falling down as regularly as every week or two.

If Delta and Aurora did not tackle the issue quickly, it was just a ''matter of time'' before someone was killed.

Mr Cull isn't sure if there is a problem, but spending a month or two checking the poles again might confirm it. Unbelievable head in the sand attitude.
Here is a hint - 2910 faulty poles. If a crew of 6 people manages to replace 2 poles a day then they will get the 2910 poles in about 4 years - no holidays or weekends! Get 5 crews on the job, include holidays and weekend and it is still a year and a half to get the work done.
On the bright side, Dunedin needs new jobs and here are 30 just waiting for the go ahead.

Cull as the Mayor and whoever is signing these contracts truly have me wondering do they know or care what they are signing. We get a new surprise each month with these people. A maintenance contract should have had KPI's that Delta needed to meet and report on to the DCC. Any critical maintenance should have been flagged and identified with any such deferral of this maintenance should have had to be reported to the DCC for either approval to be deferred or acknowledged by the DCC that it was being deferred. Cull and his team should stand down and they appear of being incapable of managing our city. What will be next? Cull is old school and will not answer or stand up to be questioned, in hope it will go away. As for Mr Richard Healey you have my utmost respect, I'd buy that man a beer any day, Well done that man.

One last thing, I can't believe Delta don't have a computer maintenance management system to manage our assets.