Mayor says Orders has been worth every cent 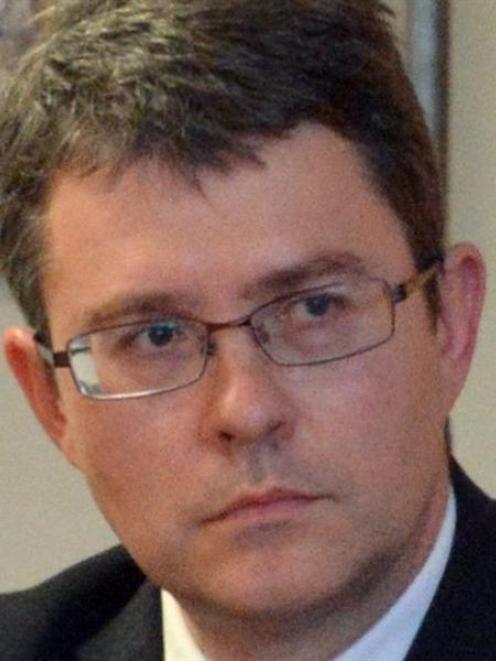 Mr Cull said and he had no concerns about Mr Orders' early departure just two years into a five-year contract.

Mr Cull also remained confident the council was not about to slip back into old habits after Mr Orders' departure, saying the next chief executive would face similar expectations.

Mr Cull was commenting after it was confirmed last week Mr Orders was to leave Dunedin by Christmas to take up a new role as chief executive of Cardiff Council in Wales.

The recruitment process that led to him had also cost the DCC $84,000, but Mr Cull said yesterday Mr Orders had ''more than justified any expense'' and he had no qualms about the abbreviated stint.

''That's just the way it has turned out. I imagine that Cardiff was the only place that would have tempted him away from here. I can understand that - it's his home town.''

Mr Orders had been given a brief, and had delivered on it, including driving the restructure of the council and pushing staff to trim millions of dollars from council spending, Mr Cull said.

That was achieved without huge cuts to staff numbers or council services, allowing the forecast rates increase to be slashed from 11.9% to 5% in 2012-13 and to 4% this year.

''In the past, council under different management had found it impossible to find those sorts of savings.

''[Mr Orders] came in and he restructured and he realigned the culture ... and found those savings, without getting rid of lots of people and without diminishing services,'' Mr Cull said.

Mr Orders also did it while also declining a $35,000 pay rise, saying it could not be justified while the organisation remained in savings mode, Mr Cull pointed out.

''Any expenditure to get him and keep him here has been well worth it. He has more than justified it.''

As a result, Mr Orders would receive neither an exit package nor any penalty when he left, Mr Cull confirmed. He denied Mr Orders' departure would be a major blow for the organisation, saying ''the bulk'' of changes under Mr Orders were now in place.

''From now on, it's as much a matter of consolidating and implementing that ... it's a slightly different role.''

He doubted the council was about to slip back into old habits, saying, despite Mr Orders' success, ''no-one's irreplaceable''.

''We would be giving the directive to the incoming chief executive to continue the same policies and getting the same outcomes as Paul has put in place.''

The search for Mr Orders' replacement began last week, and it was hoped a list of potential candidates would be ready shortly after the local body election.

The list would be considered first by the council's appointment subcommittee, with interviews to be held before a shortlist was presented to the full council to consider, Mr Cull said.

It was hoped a new chief executive would be chosen before the end of the year, although exactly when they could start would depend on who was chosen and whether they had to give notice at another organisation, he said.

If a replacement could start immediately, that would avoid the need for a ''disruptive'' transition period under an acting chief executive. It could also allow Mr Orders to leave before his three-month notice period was up, Mr Cull said.