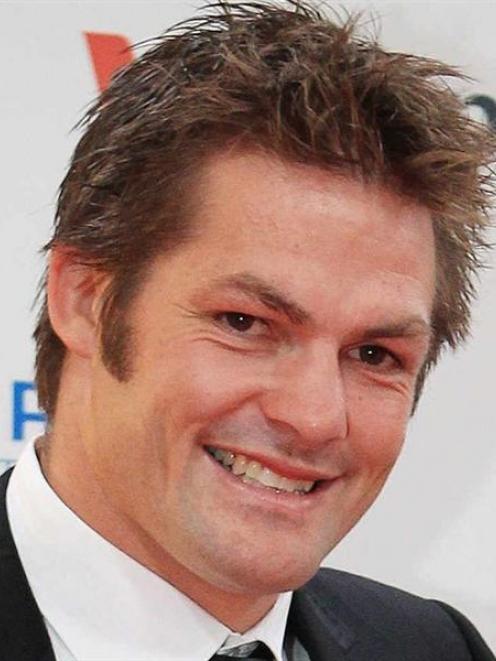 Richie McCaw
All Black captain Richie McCaw is among a high-powered rugby delegation in Dunedin to negotiate a North-South fundraising match, as part of a final push to save the Otago Rugby Football Union.

But ORFU chairman Wayne Graham has admitted liquidation remains the most likely outcome.

"I'm an optimist by nature and I would like to think that we can get something to work, but during the day it's sort of been one step forward and two back, so time's definitely running out,'' he told Radio New Zealand last night.

Mr Graham said the union would still work on a possible rescue package but he was growing less confident every hour.

"There's a lot of negotiations, it's a very complicated web and it all needs to come together at the same time. And it only will with a lot of goodwill from a lot of different parties.''

The group involving McCaw has this week been involved in behind-the-scenes discussions about a possible rescue package for the union, which was saddled with $2.35 million in debt and faces liquidation at 4pm today.

That followed a meeting with Mr Orders on Wednesday.

Mr Orders would not comment yesterday, but Mr Davies confirmed a charity match between North and South Island teams, involving top players, was among the ideas being negotiated.

Exact details, including how the match could be squeezed into a busy playing schedule, were yet to be confirmed.

However, Mr Davies said he would "absolutely do the level best we can" to make the match happen, as part of a wider rescue package.

Mr Curragh confirmed the talks aimed for agreement on a "package deal with all the key parties", and did not involve a request for financial support from the council, but he would not detail what was discussed.

This week, it was revealed the ORFU owed the council nearly $400,000 in unpaid rent and other charges for Carisbrook since selling the old ground.

Mr Curragh said there was "a hell of a lot of work going on" before today's 4pm deadline.

"It's got to be an arrangement, and always has been, that works for all parties, and I'm not just talking about the council. That's what we've got to come up with and that's what we're doing."

Mr Nichol said the group had not asked for money, but he would also not divulge details.

The association was working "with everyone involved to see if we can bring something to the table and contribute from a players' perspective", he said.

'We're going to do everything we can before 4 o'clock [today] to make sure any options or opportunities or solutions are considered.

"We're not going to give up and we're working pretty hard on it."

Mr Curragh said the ORFU's predicament remained serious and liquidation was still the most likely outcome.

However, he said, "We're going to work right up to 4 o'clock to see if we can find another solution, and that's what's happening.

"That solution has to be absolutely rock solid ... We're working late at night and early in the morning - have since Monday night."

Mr Nichol said former All Black captain David Kirk, the president of the Rugby Players' Association, had also been involved in efforts to rescue the Otago union in recent days, before flying to Singapore.

McCaw had attended this week's meetings because the association's board felt Mr Nichol needed help, given the seriousness of the problems faced.

Initial responses had been "encouraging", and those involved were "positive about looking for a good outcome", Mr Nichol said.

"The stake was put in the ground - 4 o'clock Friday - and we're working very hard with everyone involved to see if we can avoid the winding up of the Otago Rugby Football Union.

Asked if a deal to save the union would be announced before 4pm today, Mr Nichol said: "Honestly, I can't really say too much more.

"We are literally focused on doing what we can here."