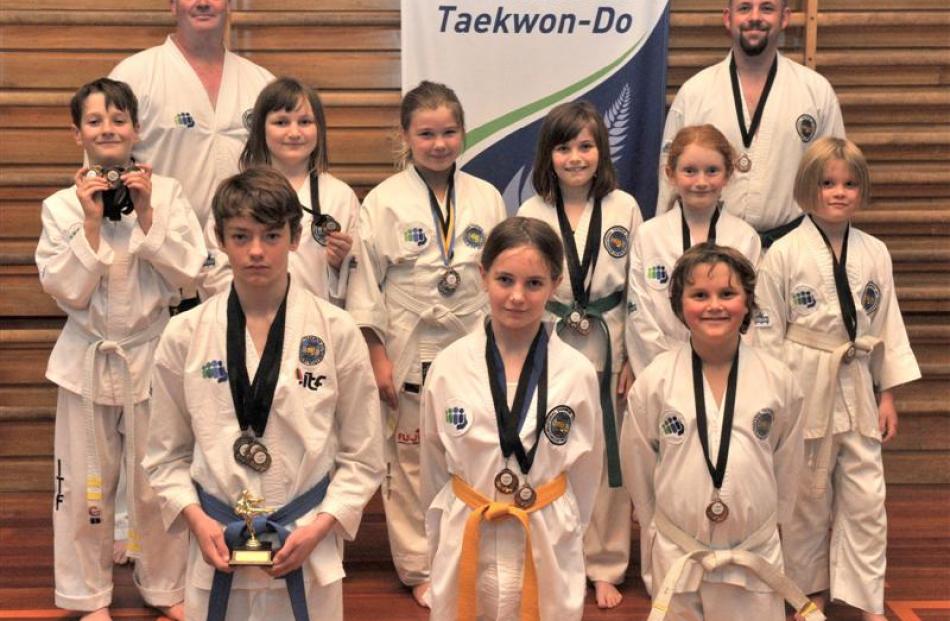 The Taieri community is getting behind the Mosgiel Taekwondo Club, which bagged 21 medals at the International Taekwondo South Island Regional Tournament in Christchurch on the weekend of May 2-3.

Jackie Gibson, mother of competitor Thomas Gibson, said the club was an ''inclusive and supportive'' one.

She and many other parents and friends had cheered on the club in Christchurch.

''The club is like a big family; the supporters are all friends and get behind every competitor.''

Club members came from different backgrounds and had different levels of experience.

''The coloured belts will support younger people who are just starting out.''

The skills the sport had taught her son included ''dedication, respect and self-discipline''.

Learning self-defence was also an important part of taekwondo, encouraging self-confidence, she said.

About 40 club members train at the Taieri College Hall two or three times a week and the instructors volunteer their time.

Ms Gibson said anyone was welcome to join the club, regardless of their level of experience, and new members would receive their first month of training free.

Nationals will be held in Christchurch on the weekend of July 4-5, with three members of the Mosgiel Taekwondo Club competing: Thomas Gibson, Hannah Sime and Lachlan Ellis.