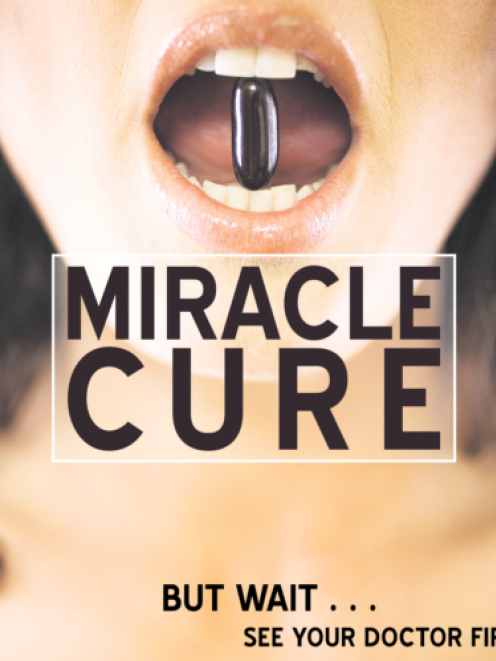 Loathed by many doctors, prescription drug advertising is probably barely noticed these days by most New Zealanders as anything out of the ordinary. New Zealand and the United States are still the only developed countries to allow the practice.

Drug advertising is relatively low-level in New Zealand, but critics fear that could change if agreement is reached on the Trans Pacific Partnership (TPP), the controversial commerce and trade deal under negotiation.

Critics claim doctors' time is wasted dealing with increased demand for medicine, and that patients are at greater risk of exposure to newer, potentially riskier drugs.

However, the industry - and a University of Otago medical ethics professor - argue the time of doctors as gatekeepers of medical information has long gone. The industry argues that as advertising is regulated, it is a safer information source than the internet.

''We managed the front page of the NBR three times in a row ... saying what awful people we were,'' Prof Toop said.

Prof Toop, a University of Otago general practice authority at the Christchurch campus, said he still wanted the ads banned, but acknowledged the industry tightened its standards. However, the self-regulation framework was essentially a ''joke''; few medical people bothered complaining any more about individual adverts.

''I suspect it's still unfinished business for various people.''

The campaign gained momentum because of outrage in the early 2000s about some big-ticket campaigns that doctors felt had been misleading.

New Zealand lacked an independent source of information about medicines, and he did not accept advertising filled the gap.

The industry was ''selling hope'' and GPs had to deny prescriptions to patients who had paid for their consultation.

''By the time you go to the doctor, you don't want to hear the down side.''

The ''cop-out'' was the advertisements' instruction to patients to ask their doctor if a medication was right for them. This meant the advertisement itself did not need to detail side-effects.

''People who come from overseas are gobsmacked when they see them,'' he said.

''Trained to believe people'', doctors sometimes felt overwhelming pressure against a system in which the patient was effectively an advocate for the drug companies.

''My advice to patients is don't take any new medicines unless it's a life-threatening illness. Let other people be the guinea pigs and see what the down sides are.''

Despite the attention often focused on new medicines, they were often just chemical rearrangements of older drugs, and might have significant ill effects that take years to be revealed.

He cited withdrawn anti-inflammatory Vioxx, blamed for many thousands of deaths worldwide, as marketed to the ''wrong people'' - the elderly. It was ''lucky'' drug-buying agency Pharmac did not fund it in New Zealand, where its use was minimal. Pharmac's hold on pharmaceutical spending in New Zealand is considered a major factor in the relatively low volume of drug advertising.

He fears the outcome if ''Pharmac gets clobbered'' by the TPP.

If the industry secured better terms, expect to see advertising ramped up because of increased revenue, he warns.

Labour MP and health spokeswoman Annette King was minister of health when Prof Toop led the charge to ban drug advertising. When contacted recently, she pointed to improved industry standards since that time.

In a brief email, she said Labour would carry out a review before committing to any ban.

''It is not in New Zealand's best interests to confirm or comment on any issue that may be under negotiation. New Zealand provides for direct-to-consumer advertising under our law. However, in all areas of the TPP, the Government is working to ensure that we are protecting policy flexibility where this is considered appropriate,'' a spokesman for Mr Groser told the Otago Daily Times last month.

Lindsay Mouat, chief executive of the Association of New Zealand Advertisers, said people benefited from the advertising as a source of information. Given patients were so frequently searching online, he did not accept the argument they would be better off without the more reliable information supplied by advertisements. Doctors were no longer on a pedestal, he said, suggesting the extent of patient pressure created by advertising had been exaggerated.

''I think there's a strong political lobby amongst the medical industry that wants to retain control.''

If it blamed advertisements for creating pressure on doctors, the medical profession was ''abdicating responsibility'' for patients, whose best interests they had to serve.

The industry had moved away from big campaigns around products like weight loss drug Xenical, towards a ''more empathetic'' magazine-style approach focused on referring consumers to doctors for information. Spending was probably static to declining, partly because of Pharmac's influence and partly the waning prominence of TV and other older media.

''There's certainly less direct-to-consumer advertising than there has been. And that's a reflection of changing media habits ... ''''As an observation ...

the extent of [the advertising] has reduced over time and we have certainly not seen the major blockbuster campaigns that may have occurred in the early days of [direct-to-consumer advertising],'' Mr Mouat said.

''It's incredibly patronising to think that you should be the only source of information about treatments available.''

Self-regulation was working to provide consumers with a safer information source than the internet.

He rejected the assertion patients were more likely to become guinea pigs for newer drugs. Advertising did not expose patients to increased risk from side-effects; drugs were evidence-based and there was separate regulation to protect patients from adverse side-effects. If there was less advertising these days, it was likely because drugs released in recent years tended to be targeted to smaller population groups, he said.

He suggested the industry's code of practice for advertisements was tighter than standards applied to news media. This meant articles and stories about breakthroughs or new treatments could be more unbalanced than an advertisement, he asserted.

Concern over the TPP was aired in a New Zealand Medical Journal article last month by Erik Monasterio and Deborah Gleeson which Mr Sheehy rejected as ''highly speculative''.

Pharmac would still be able to make evidence-based funding decisions if the industry got the process changes it sought, he said. He rejected a suggestion advertising ''medicalised'' everyday life. The industry created new treatments to improve people's quality of life, Mr Sheehy said.

The industry has some support from University of Otago medical ethics authority Prof Grant Gillett, who agreed the ads were more helpful than harmful.

''There are a lot of countries in which the doctor's voice becomes the sole voice that's heard in a therapeutic conversation.''

The internet was a ''jungle'' for health information seekers. He agreed with Prof Toop that a proper source of neutral information was lacking.

Far more worrying than ads, he believed, was the industry's role in ongoing medical education that posed risks to medical neutrality. Its influence, shaping the profession's views on treatments, was too great, he said. Dunedin drug advertising opponent Dr Katharine Wallis, a GP and University of Otago general practice senior lecturer, said ads created anxiety in patients over perceived ailments that might not otherwise bother them. It was part of a wider trend of medicalisation, in which even bereavement could be diagnosed as depression under new international diagnostic guidelines.

Drug advertising was a harmful practice in ''lots of different ways''. Dr Wallis did not believe there was much chance of either major party banning the advertisements, because of the power of the industry.

A spokesman for the Ministry of Health confirmed the last review of direct-to-consumer advertising was conducted in 2006, and no further work was planned.