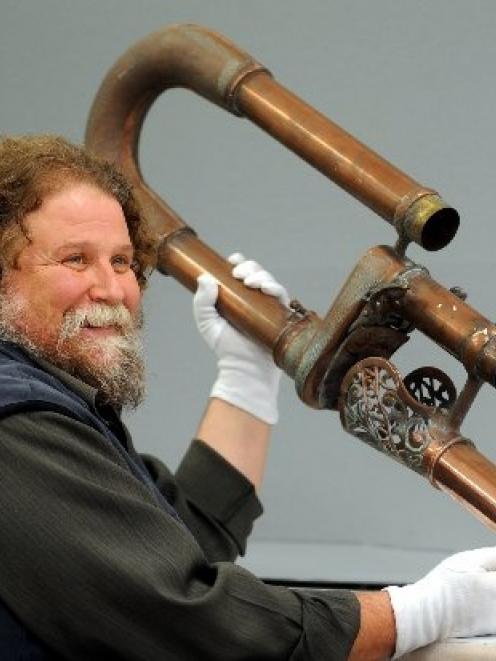 In a recent Otago Daily Times article, Dunedin resident Diana Kearns (nee Milne) listed 48 distinctive noises from her earlier life in the city which had since become "lost sounds".

Some of them, like the clink of home-delivered milk bottles, disappeared quite recently.

She recalled "the continuous buzz and hum" of the city's former cable-car lines, the clang of trams and the "fast and loud `whoosh' of the Lamson system of pneumatic brass canisters", holding money and change, which used to whizz overhead at Penrose's department store.

Museum organisers had already planned to incorporate some of Dunedin's distinctive sounds and smells into new exhibitions which would be displayed when the $35 million museum redevelopment project was completed in late 2012, officials said.

Mrs Kearns' "very interesting" list of memories, which was "very evocative of the period in which she was growing up", would be forwarded to people developing the new exhibitions, Ms Evans said.

The museum held many of the artefacts which had evoked these special memories, including a cable car and tram and 200m of vacuum pipes used in the Lamson system at Penrose's.

It was planned to include some of the pipes in a new exhibit, and it was hoped to get part of that delivery system running again at the museum.

Other people with their own lists of "lost" Dunedin sounds were welcome provide them to museum planners at osmmail@dcc.govt.nz by Internet, she said.