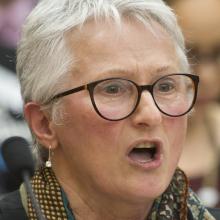 Mrs Taylor and a group of campaigners who are pressing for assurances about the inquiry met Health Minister David Clark in Wellington last week.

While disappointed Dr Clark opted for a ministerial inquiry rather than a commission of inquiry, she still hoped it would lead to change.

"It has to be completely independent, and [Dr Clark] assured us it will be independent."

Terms of reference for the inquiry were expected imminently.Mrs Taylor, who founded Life Matters Suicide Prevention Trust after son, Ross, committed suicide in 2013, said people with mental health problems and their families were treated badly — especially when something went wrong.

Too often, clinicians investigated each other after an incident and it lacked rigour and accountability, she said.

This year, a Health and Disability Commissioner report about her son’s death recommended changes in the Southern District Health Board’s mental health system.

Mrs Taylor said the SDHB  ignored the family’s efforts to  collaborate to ensure the report was implemented: "They refuse to talk to us."

The SDHB denied that, telling the Otago Daily Times in October it was providing information to the Taylors and had implemented all the recommendations.

Mrs Taylor said she knew from other people’s experience  that "nothing had changed".

The SDHB’s behaviour was an example that culture change was  needed.

While at Parliament, Mrs Taylor  also  presented a 55,000-signature petition calling for the inquiry to Green MP Chloe Swarbrick.