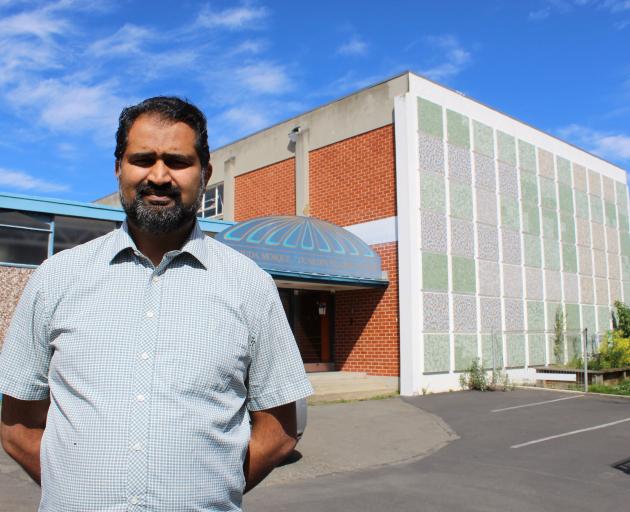 Otago Muslim Association president Dr Mohammed Rizwan said members of the Muslim community had at least doubled in the city over the last few years and instead of just students, more families were now taking part in worship.

‘‘Before it was more transient but now it is more settled, and the community is growing.’’

A second level running above the foyer and to the back of the building would allow for additional space for a number of projects, including classrooms for the Sunday school.

Other plans included redeveloping the foyer, upgrading ablution facilities, and replacing carpeting throughout the mosque.

Installing commercial grade kitchens would enable the mosque to be hired out, generating income for the association.

One of the first projects was likely to be an upgrade of the driveway and drainage.

‘‘So we have a goal that we want to do, it will take some time and it will require some fundraising.’’

The association had been busy with a number of other initiatives recently.

A Covid-19 vaccination clinic held at the mosque had been a successful project.

‘‘Within our community we have been promoting since the get-go to get vaccinated.’’

The fact a clinic was taking place at the masjid (mosque) was reassurance the Pfizer-BioNTech vaccine was considered both halal and kosher, Dr Rizwan said.

Islamic scholars researched the vaccines and declared they were permissible, Dr Rizwan said.

The association continued to collaborate with agencies responsible for supporting former Syrian refugees who had settled in Dunedin.

As an Islamic organisation, the group welcomed all Muslims regardless of place of birth, race or colour.

‘‘In our community there are people of many different nationalities.’’

To reflect that, their council of committee members was made up of individuals with different ethnic backgrounds, including a representative from the Syrian refugee community.

‘‘We as a community welcome it,’’ Dr Rizwan said.

A number within the local Muslim community saw it as a great opportunity.

‘‘They were quite ecstatic with the news and it is something that is well received.’’

Email shura.otago@gmail.com to give towards Al Huda Mosque upgrades.