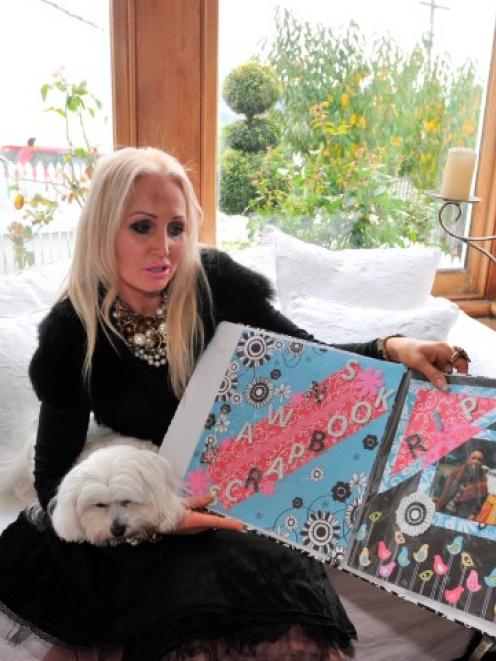 Victoria Davis, with her dog Panaish, looks through a scrapbook featuring her son, Jai Davis, determined to seek justice in relation to his death. Photo by Linda Robertson.
Victoria Davis will continue to fight for justice over her son's death, on behalf of his children in her care.

The Dunedin resident said Department of Corrections staff failed in their duty of care and let her son, Jai Davis (30), die in a prison cell.

Mr Davis had drugs inside him when he went into the Otago Corrections Facility as a remand prisoner in February 2011.

Although Corrections staff knew that from an intercepted phone call, he was placed alone in an at-risk cell and did not receive medical help. He died in the cell two days later.

Ms Davis, who is raising three of his children and her youngest son, said although a police investigation found evidence to prosecute anyone in relation to her son's death was insufficient, her crusade for justice was not over.''It's just the beginning,'' she said.

''Now we know where we stand. Jai didn't deserve to die like that and people need to be made accountable.''

Nurses and other Corrections staff knew her son needed medical help, but did not provide him with the care which would have saved his life, Ms Davis said.

''They should have taken him to a hospital. They knew he was carrying something. It was very clear, and there were many warning signs.''

Prison nurses and guards should have ''done their job'' but instead let Mr Davis down from start to finish.

More than 70 people were interviewed, including some in Australia, in the three-year police investigation into Mr Davis' death.

Southern Police District criminal investigations manager Detective Inspector Steve McGregor, of Dunedin, said costs had yet to be compiled for the ''significant'' inquiry.

''The investigation was both complex and resource-intensive to ensure it considered all the relevant facts in the case. The evidence established as part of the investigation does not meet the threshold required to proceed with a criminal prosecution.''

The Independent Police Conduct Authority, after a complaint, is inquiring about the time the investigation took.

Yesterday, the department issued a statement acknowledging the police investigation and the decision not to prosecute.

Until a coroner's inquest had been completed, it would be inappropriate for Corrections to comment further, he said.

Ms Davis acknowledged her son had made some bad decisions and was a ''ratbag'', but he was entitled to lifesaving medical treatment.

''This could easily have been anyone's son and if he was an outstanding citizen I'm sure they [police] would have laid charges.''

''They are putting his kids and I through a lot. It's a challenge and I've got to stay strong for the kids.''

Ms Davis' lawyer, Anne Stevens, said the initial police investigation was ''hopeless'', and dragging it out over three years had added insult to injury.

''It's a really hard pill for her [Ms Davis] to swallow, that nobody will be held accountable and that there's going to be no attempt to hold anyone accountable. That's very difficult to take on board given he [Mr Davis] went in alive and came out dead.''

A private prosecution against Corrections was possible, but at huge cost, she said.

''It's complicated. It's fraught with difficulty. If you compare the resources of a private individual to those of the police, you realise the enormity of the task.''

Another possibility was to lodge a complaint with Corrections and ask them to ''put things right''. 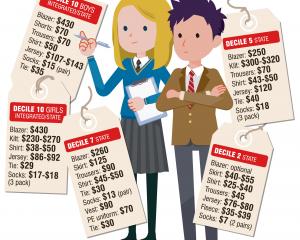