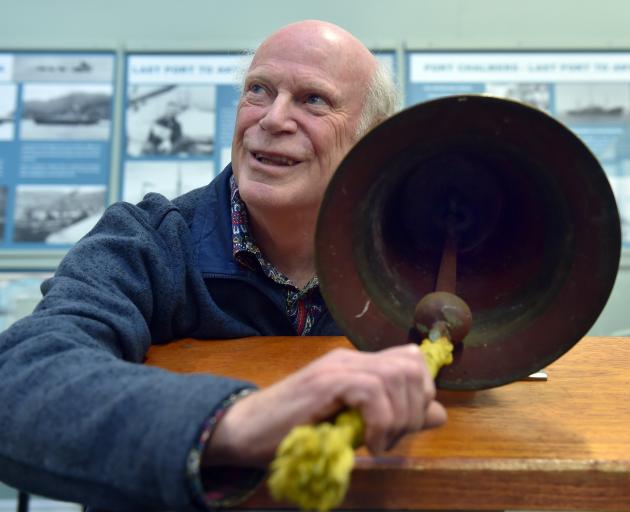 Port Chalmers Historical Society Inc president Brian McCormack said up until recently, MV Port Chalmers' bell was held by Port Chalmers School because it had a close relationship with the crew of the vessel. 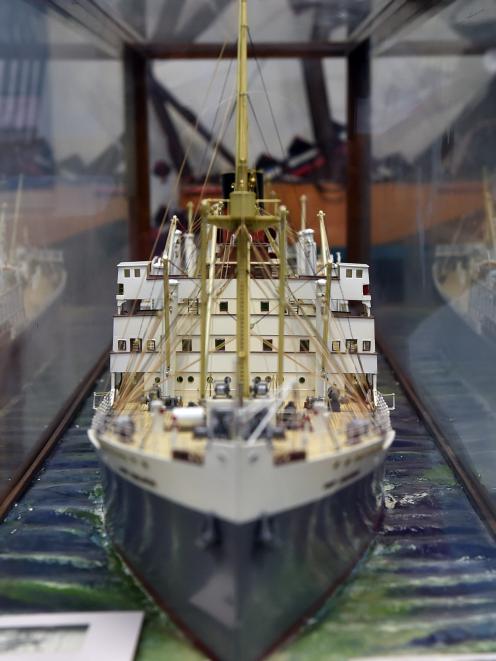 A model of the MV Port Chalmers. Photo: Peter McIntosh

It was built in the United Kingdom in 1933 as a cargo ship, and played a major role in World War 2, moving food, aviation fuel, ammunition, motor vehicles and aircraft parts.

She narrowly escaped the German raider Graf Spee in the South Atlantic in 1939, he said.

MV Port Chalmers made 66 voyages between New Zealand and the UK before being broken up in 1965.

''Every time it came to port, the school were invited on board. The bell from the ship was presented to the school in 1964.''

He said the school gave the bell to the Port Chalmers Maritime Museum because the museum's staff could take better care of it.

Mr McCormack was also delighted to receive a model of Columbus America for the museum's collection.

It was a replica of Columbus New Zealand, the first refrigerated container ship to come to Port Chalmers, he said.

It berthed at the port in 1971 and travelled between New Zealand and the United States.

Unfortunately, Columbus New Zealand was now listed as ''decommissioned or lost'', he said.

''The nearest boat that they could give us a model of was the Columbus America, which was very similar.''