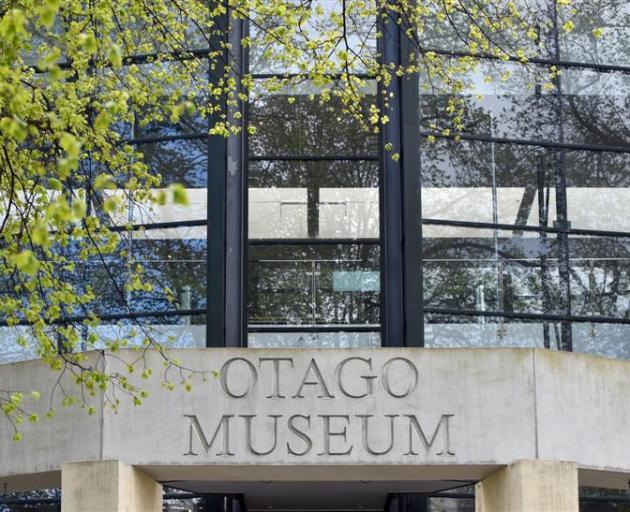 Photo: ODT files
Otago Museum needs more money to cover its core business and to make sure it can continue to care for the more than 1.5 million objects in its collections.

The museum is asking the Dunedin City Council for a 12% increase to its funding levy for 2019-20 putting the council's annual contribution at $4.838 million.

A report, to be debated by councillors today at an annual plan meeting, says the museum wants inflation-indexed funding after that.

The museum also signalled the need for more money for capital expenditure, such as gallery upgrades.

Any increase would be used mostly to cover core business, such as collections care and visitor services, plus ensure it continued a $400,000 surplus used to cover ongoing costs.

In the past five years, council funding of the museum has risen by about 8.4%, while operating costs, including salaries, rose by up to 22.6%.

Museum director Ian Griffin said the funding situation was not critical but had to be addressed eventually.

"If you look at our report [Otago Museum draft annual plan 2019-20] you'll see the funding in the past five years is pretty much a flat line and the costs are increasing, which is the challenge.''

About half the museum's running costs came from the museum itself through attractions such as Tuhura science centre.

There was a good case for central government funding help, which the museum would investigate, alongside the council.

Can I have a 12% funding boost please?

You got a museum? Something for the public good?