Music fills every nook and cranny of library 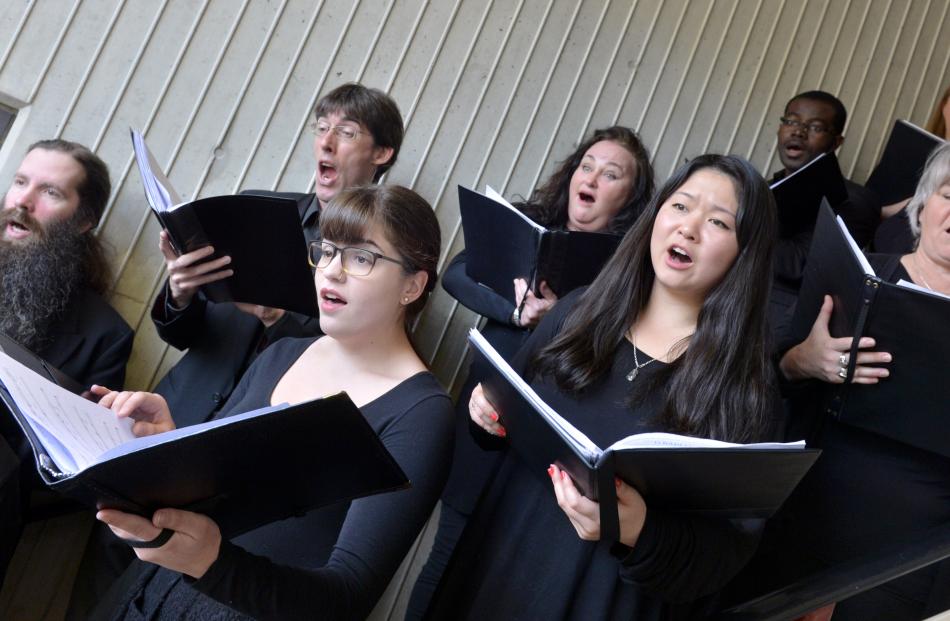 the Southern Consort of Voices sing from the stairwell at the Dunedin City Library's Nook and Cranny Music Festival. Photos: Gerard O'Brien. 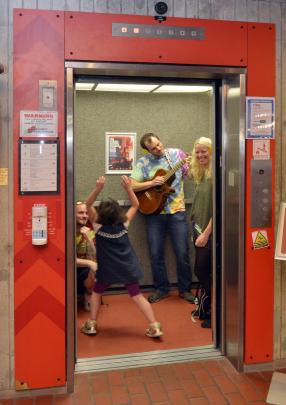 Tom Csima strums in a lift.

At the end of the non-fiction aisle dedicated to everything from philately to photography and all arcane pursuits in-between (747.9 to 759.4 in the Dewey Decimal System), a guitarist played.

The lift opened, and dancing children staggered out.

On the stairs, a choir launched into song that rattled through the usually silent chambers of the Dunedin City Library.

And nobody told anybody to be quiet.

Yesterday was the second edition of the annual Nook and Cranny Music Festival at the library, held as part of NZ Music Month.

Solo artists and groups played on all four floors of the building, as acts ascended and descended with patrons as the lift moved between the floors.

There was even an electrified blues influenced band, Soaked Oats, blasting their music from outside the front doors right into the library's foyer.

Organiser Brendan Christie said the about 50 acts had a great time.

''The artists really got on board and enjoyed their performance.

''Everyone had an audience to play to.''

Mr Christie said library patrons included those who knew the festival was on and turned up to watch, and those who did not know it was happening ''and were surprised by it''.

He said feedback was overwhelmingly positive, though for a few it was ''upsetting their daily routine; it is a library after all''.

The library was busy yesterday, though Mr Christie said numbers appeared to be down slightly on last year.

''Last year we weren't competing with a glorious day of sunshine.''

He said a trip on the lift during Tom Csima's set ''with what was genuinely a whole party of people'' was a highlight for him.

''It had a real party atmosphere.

''People seemed to be having a genuinely good time in a quirky awkward space.'' 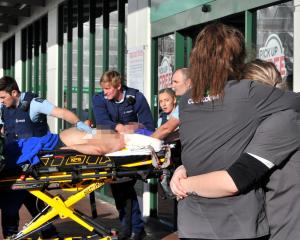