My my, how can I resist you? 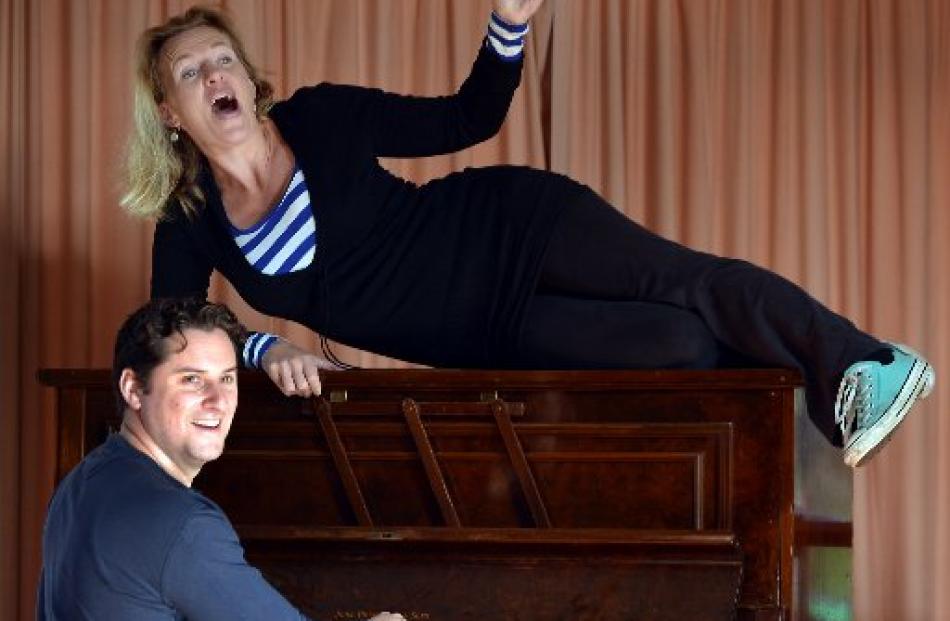 Abba fans are getting excited about hit musical Mamma Mia debuting in Dunedin.

And that's just the ones in the production.

''They're such great songs and great characters. It's been a really fun show to do. We're singing and dancing to all the songs we grew up with.''

The Christchurch singer and actor said she could not resist the lure of the internationally acclaimed musical.

''I first saw it in Melbourne 12 years ago, so when I had the chance to be involved in the Dunedin production, I was chuffed. It's a bucket list thing. It's been on everywhere; Broadway, West End ... and now Dunedin.''

''She brings a wealth of acting experience, as well as a voice that, right now, is one of the best in the country for this particular production. It's a big role, as the show hinges on her performance.''

Harper appeared at the Fortune Theatre last year during a national tour of her one-woman show Bombshells, which won her actress of the year at the Chapman Tripp Theatre Awards.

She will be joined by fellow lead Russell Dixon, of Auckland, who has been performing at the West End in London.

''You'd be hard-pressed to find anyone who doesn't know Abba. They have such a huge repertoire. You already know most of the songs.''

It will be the first time the 13-year-old international hit musical has been seen in the South Island.

Mr Kamo said five extra shows had been added to the Dunedin season, which opens at the Regent Theatre on May 22, after ''unprecedented'' pre-sales of nearly 5000 tickets to the scheduled four shows.

''We had to add more [shows] to cope with the demand for tickets. We initially only released four shows, to test the market, and we've been delighted with the response.''

Taieri Musical executive producer Tania Graham said the heavy interest was encouraging after such a big investment in the production.

''There is nothing better than to be rewarded with full houses, after the countless hours the cast give to rehearsing.''