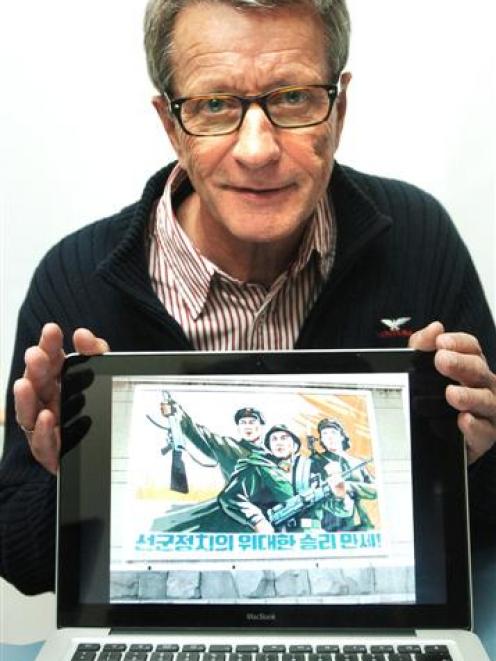 China had a crucial role to play in encouraging North Korea not to further develop its nuclear weapons programme, he said in Dunedin this week.

And, as a member of the Asean Regional Forum, New Zealand could encourage North Korea to take part in associated security discussions.

From 1994 to 2001, Prof Wulf was the director of the Bonn International Centre for Conversion, which encourages a shift from military to peaceful technologies.

Prof Wulf has also visited the North Korean capital, Pyongyang, about half a dozen times, first in 1991 and later (2002-07) as a consultant to the United Nations Development Programme in North Korea, on capacity building in disarmament.

Tensions between the two Koreas rose recently after a South Korean warship was sunk in an explosion on March 26, and 46 sailors died.

A team of international investigators later concluded a North Korean submarine torpedo had sunk the vessel.

Despite the many difficulties, Prof Wulf disagreed with some so-called "realists" who either viewed the North Koreans as too difficult to talk to, or wanted to take a much tougher approach in future talks with North Korea, the Democratic People's Republic of Korea.

The issues could ultimately be solved only by negotiation and not by force.

The fall of the Berlin Wall showed that apparently impossible problems could be resolved and he was cautiously optimistic the previously stalled Six Party talks on Korean nuclear issues could soon be resumed.

• Prof Wulf, of Hamburg, is visiting the National Centre for Peace and Conflict Studies at the University of Otago, and yesterday gave a public lecture on the prospects of a nuclear weapons-free Korea.