Never too young to check for signs of bowel cancer 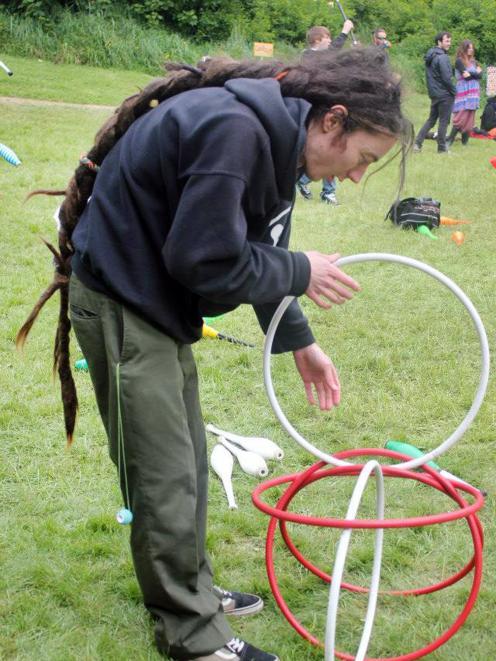 Just four days beforehand Mr Clements died in Dunedin at the Otago Community Hospice - just a fortnight since the first anniversary of his bowel cancer diagnosis.

June is bowel cancer awareness month, and this year's theme is ''Never Too Young''.

''Looking back he felt that maybe he had had symptoms a lot longer than he thought he had.''

With his lengthy dreadlocks, Mr Clements was a distinctive presence in the artistic and musical communities of Dunedin.

A visual artist, a musician, a VJ and DJ, Mr Clements was well-known in the music festival scene, and harboured unfulfilled ambitions of taking his talents to overseas events.

A free-spirited adventurer, Mr Clements - educated in Christchurch and a Dunedin resident for 17 years - was an intelligent and highly capable young man, his mother said.

''Music was his driving force, and over the years he learned sound engineering, before he started doing light shows at festivals ... that was growing into quite a big part of his work and he had been invited to Europe but he hadn't figured out how to get there.''

Mrs Clements did not know of any family history of the disease.

''Joseph had no idea that he might have bowel cancer, he thought he had haemorrhoids and he went to the doctor because they were painful,'' she said.

''He went three times and said it's not calming down, it's still really bad, something has to happen, and on the fourth time the doctor referred him for colonoscopy.''

The scan immediately confirmed Mr Clements had an inoperable tumour because of its position.

Doctors did what they could to tackle the cancer and give Mr Clement as much time as possible, but a year after his diagnosis Mr Clement paid his final visit to Dunedin hospital, before moving to the hospice.

''When he knew about his diagnosis he was immediately concerned for his family,'' Mrs Clements said.

''He took a lot of notice of what was happening and he kept telling
people make sure you get looked at and don't leave anything.''

The Magic Elements festival, Mr Clements' farewell to family and friends, had been a success and it was hoped to make it an annual event, Mrs Clements said.

''They held it anyway because they wanted to pay tribute to his music, his life and his vision ... he was very much part of a big crowd of people who were very creative.''

Bowel Cancer NZ general manager Rebekah Heal said it was vital for everyone, of any age to know the symptoms of bowel cancer - a disease which is treatable if the condition is detected early.

These include bleeding from the bottom; a change of bowel habit; any lumps in the stomach; fatigue or tiredness; anaemia and unexplained weight loss.

''Bowel Cancer New Zealand has been encouraging people to not sit on their symptoms for years, but with the rising incidence of bowel cancer in young people, it's now more important than ever that people don't die of embarrassment, and go to their GPs immediately if they have concerns,'' she said.

Annually, more than 300 people under 50 are diagnosed with bowel cancer.