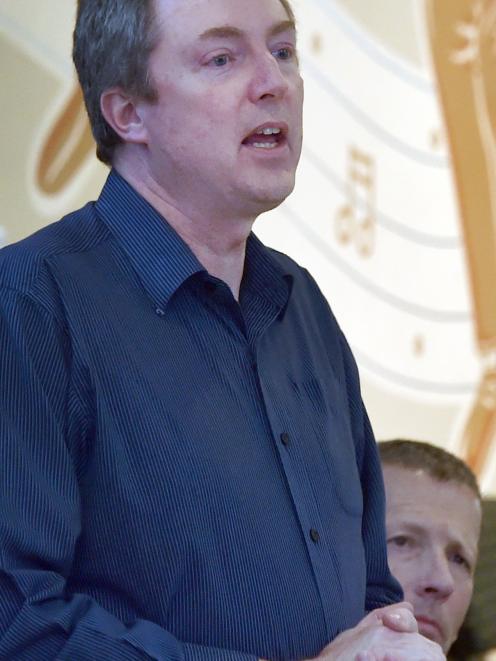 Mr Lee is a Dunedin business owner and Mrs Linklater is a semi-retired teacher working with people with brain injuries.

Mr Visser said before the association’s first annual meeting on Friday night that concerns about the performance of local authorities had led to the formation of a formal group, which had since been developing a strategy for how it intended to operate.

The association would monitor both the Dunedin City Council and Otago Regional Council, he said.

It wanted to see improved accountability of elected members and employees, prudent spending and for council consultation to be meaningful.

A ratepayers’ association in the city folded in 2013.

The formation of a residents’ group came from a growing sense last year the city council should listen to its community and refocus.

An incorporated society was set up at the end of last year and a call was put out in February for expressions of interest to form a committee, which was elected the following month.

As of Friday night, the association had 22 members and $49 in the bank.

Mr Visser said a membership drive had yet to occur.

He spoke of the group being constructive, potentially even being viewed as ‘‘a trusted consultant’’, but Mr Lee was worried the group could be sucked into trying to please the councils.

At least one attendee at the meeting was worried ‘‘squabbling’’ might be counterproductive.

Committee members outlined why they had become involved.

Mr Lawrence said public commentary about council performance had resulted in him wanting to see the establishment of a body where community comment and concerns would be at the fore.

Mr Johnstone said he was concerned about local government direction.

Ms Powell said she was interested in seeing behaviour change at the councils.