Some students will still be left in the lurch under an amended student loan policy, medical students and advocates say.

In 2010, the Government passed a Bill capping student loans at seven equivalent years of study. 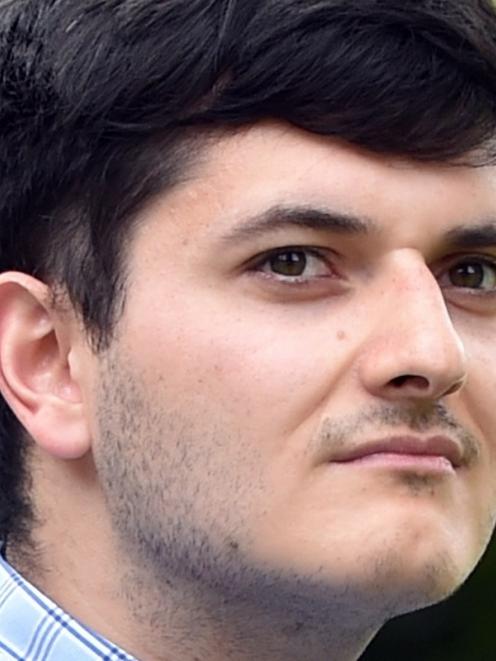 Terry Reilly.
Since then, medical students have been campaigning to get the cap lifted, or removed, saying the cap would lead to a significant number of medical students being cut off from accessing loans in the middle of their studies.

Yesterday, about an hour before the New Zealand Medical Students' Association (NZMSA) was to deliver a 20,000 signature petition to Parliament urging the Government to lift the cap, association president Mike Fleete got a call from Tertiary Education Minister Steven Joyce.

They met to discuss the loan cap, and soon after Mr Joyce's office announced the seven-year limit would be lifted to eight years for medical, veterinary, optometrist and dental students.

Medical students would also be able to access a $26,000 final-year stipend as a lump sum, rather than as a monthly payment.

But fourth-year Otago medical student Terry Reilly said even an eight-year cap on student loans was ''not very helpful''.

''It's another [stress] added to the situation, which is added on top of a medical degree ... it would be great if the cap could be removed altogether,'' he said.

''This is limiting our ability to study.''

Under the seven-year cap, Mr Reilly would have to take a year off studying to save money for the final year of his degree.

''I was thinking, where am I going to get the money from? Because my parents aren't that well off, it would be quite hard to earn that amount of money in a small amount of time.''

He estimated he would have to save about $21,000 with tuition fees and living expenses.

Under the eight-year cap, Mr Reilly would be able to get loans through the entirety of his degree, without taking a break to save. But he knows some students who will still be affected.

''But some people have done honours. If I did an honours degree, I'll be affected by the eight-year cap. PhD, definitely, as well.''

Mr Fleete said yesterday's announcement was ''a positive step'', but it fell short of what was needed.

''It should be a bit more comprehensive,'' he said.

''What we want to see is medical students being able to complete their degree under all circumstances. It doesn't make sense to fund four or five years of [a medical degree] ... and then pull the funding out from underneath them to stop them from graduating.''

If students repeated a year, did a foundation course, or took time to do research during their medical degree, they could exceed the eight-year cap, he said.

''There's actually a recognised need for clinicians who are interested in medicine [and] they're going to be deterred from entering medicine, because they're unlikely to get student loan support for the entire time.''

Mr Joyce dismissed criticism of the decision, saying the Government was ''pretty confident that we've caught most people who've found that [the seven-year limit] is a limit to their study''.

He had previously said changing the seven-year limit was unlikely, unless the Government determined it was having ''unintended consequences''.

The Government decided to lift the cap because there was a ''higher than expected'' number of medical students who completed bachelor's degrees first.

It was ''unlikely'' the cap would be lifted again, or removed entirely.

''You can't keep extending these things,'' he said.

''This will cover nearly all students.''

The University of Otago, which had previously declined to take a position on the issue, sent out a press release praising Mr Joyce's announcement.

''It will solve a looming issue of affordability for the vast majority of those medical and dental students who were set to be adversely impacted by the seven-[year] limit.''