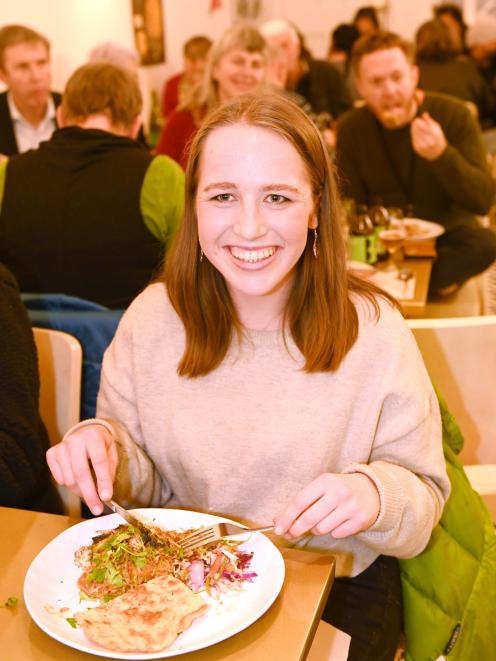 For dessert, a baked apple date puree dish was topped off with vegan meringue and fruit leather.

Food that could easily be passed over was rescued and served as top-notch nosh at Dunedin’s Kind Company restaurant last night and customers tucked in to a three-course meal.

The dining experience was offered as part of the New Zealand International Science Festival.

"It was delicious, all of it," she said.

Her flatmate, bachelor of arts student Lydia O’Callaghan, described a pickled red cabbage garnished with coriander, among other treats.

"Really tasty" was her verdict.

Both were vegetarians interested in the environment and reducing food waste.

An example was citizen craft beers, which were made using rescued unsold bread to replace a quarter of the malted barley in each brew.

Student groups made fruit leather from blemished persimmons and crackers from unsightly carrots.

Food for the meal was supplied by KiwiHarvest, a food rescue organisation that originated in Dunedin.

It was prepared by chefs from Everybody Eats and No 7 Balmac.