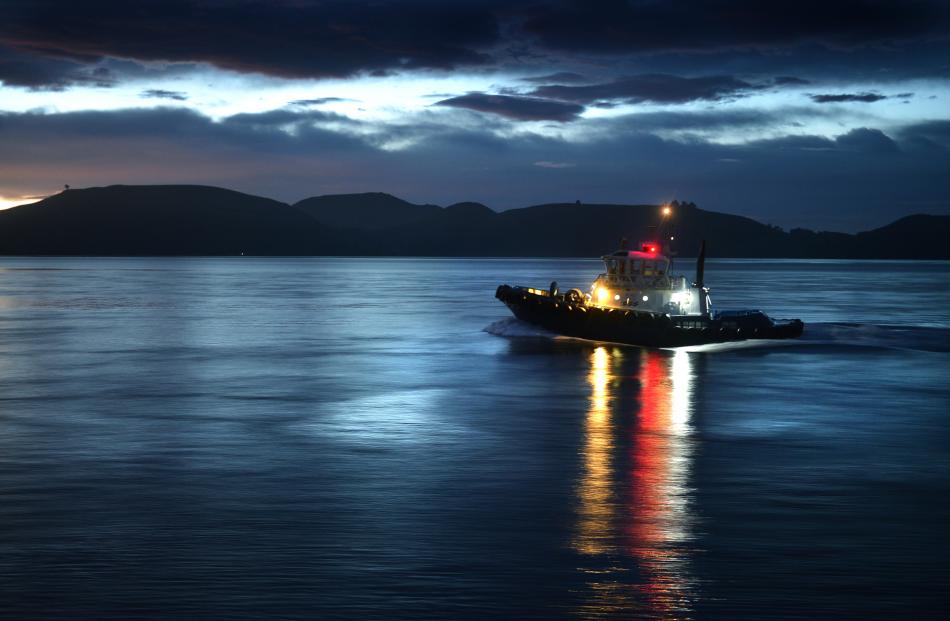 Otago heads up the harbour in dawn light. 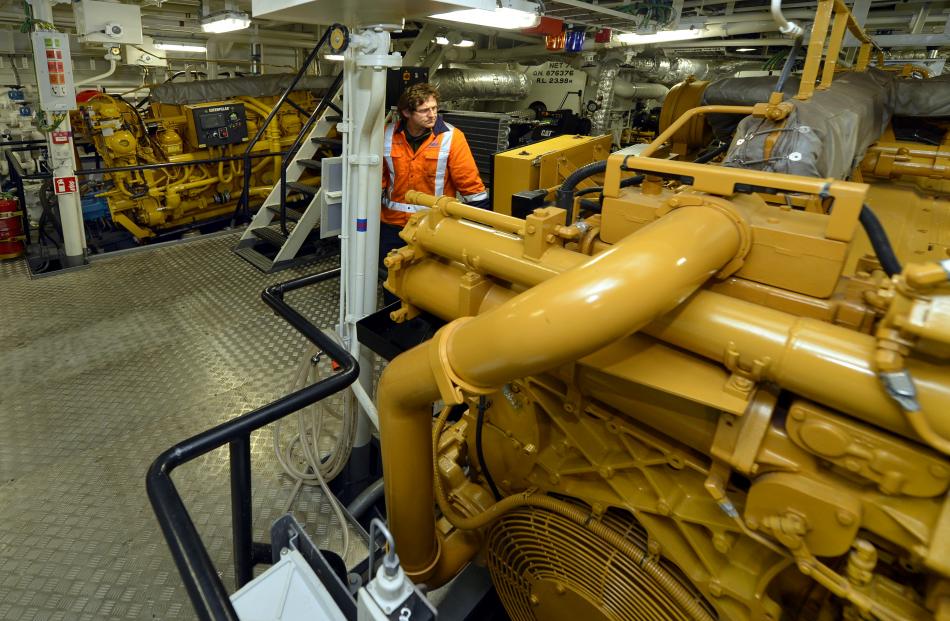 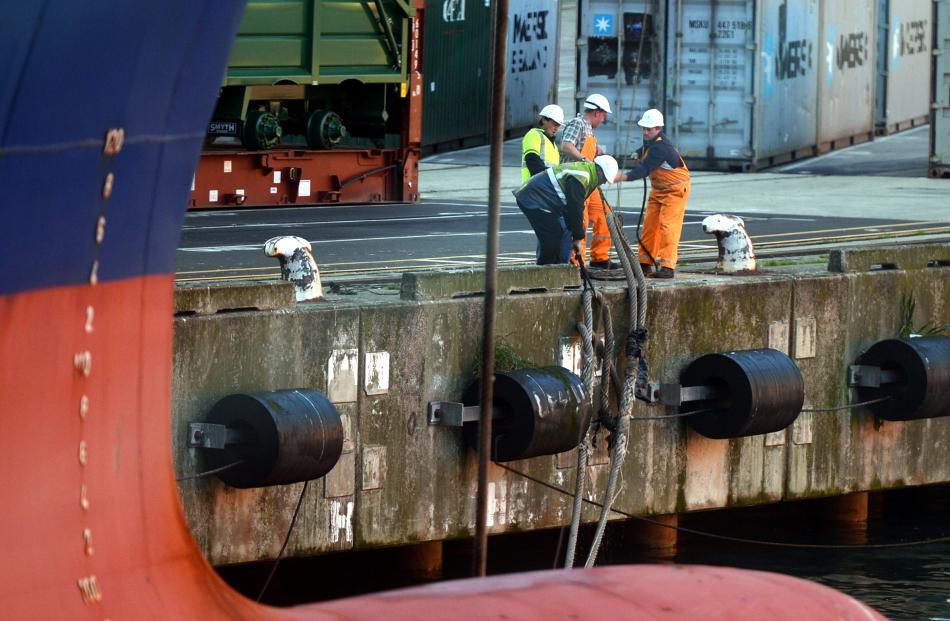 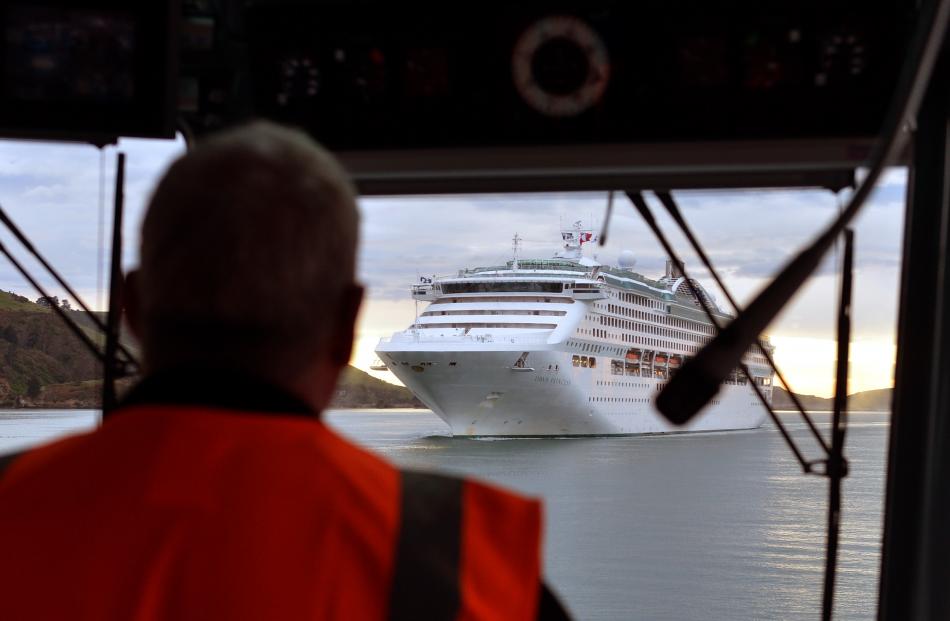 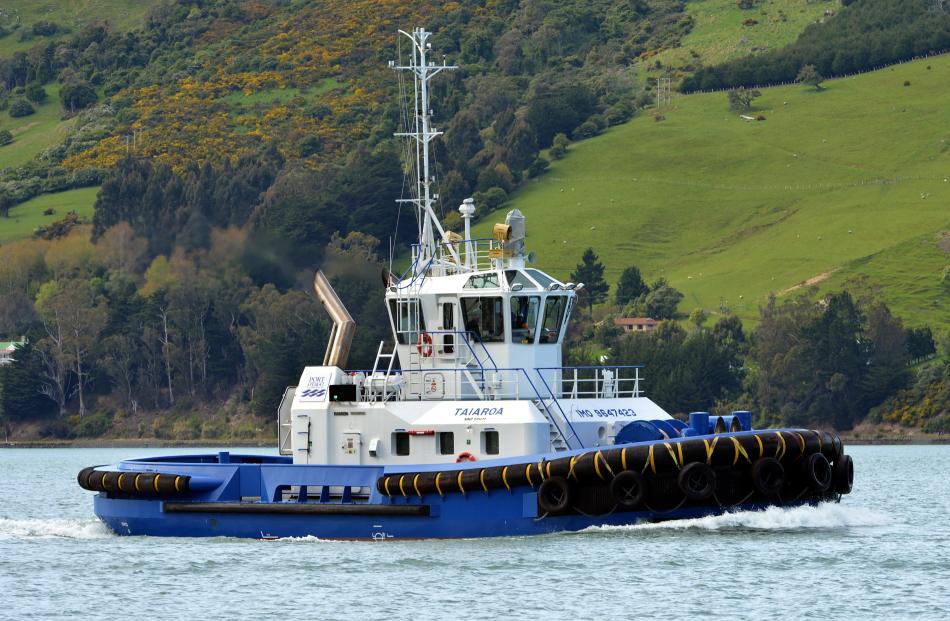 It's 6.30 on a mild Dunedin morning. The sun is a thin golden line on the horizon, and a light breeze is sweeping through Otago Harbour.

While most people are still asleep, or preparing their breakfast with bleary eyes, the crew of Port Otago's new tug Taiaroa is hard at work.

The sturdy tug cuts through the water like a scythe as it surges out of Port Chalmers towards its second job of the day.

Each of the two 16-cylinder Caterpillar engines produces 4700 horsepower, which propel the 250-tonne tug through its daily duties, and yet it is quiet, nimble and sharp.

Everybody understands their role and the four perform with an efficiency that matches the well-oiled machine they operate.

The $11 million tug was bought by Port Otago to replace the ageing Rangi and Karetai.

''It's much better equipped compared to anything we've had. It's built for the next generation of ships.''

With two ships arriving at port, ''today is a busy morning'' for Mr Marshall.

He has been operating tug boats in the harbour for more than 20 years.

''The channel hasn't changed over the years,'' he said.

''The ships are getting bigger all the time.''

These days, the tugs at Port Otago are leading in ships as long as 295m and weighing about 60,000 tonnes.

With the container ship Hansa Victory safely moored in Port Chalmers, the next target is the approaching cruise ship Dawn Princess.

As the cruise ship nears Billing Point, the tug is quickly spun 180 degrees.

Taiaroa is eased up to the side of the ship and the towline is neatly secured by the deckhand. At the same time, the tug Otago moves to the stern of the ship and it is secured.

Arriving at Port Chalmers, the difficult manoeuvring begins. Dawn Princess must be turned 180 degrees to slide neatly into the port.

Crew on the tug boats and the cruise ship communicate with each other to begin the turn.

A series of manoeuvres to push and pull begins, with both tugs flitting and darting in unison.

Mr Marshall is ever on guard, repeating orders over the radio and making small adjustments to his course.

The cruise ship completes the turn and is nudged into place, and dock workers scramble to make it secure.

Just before 8am, Dawn Princess is safely in port and the job is done.

Taiaroa returns to the docks, a job well done, and yet, the day has only begun.