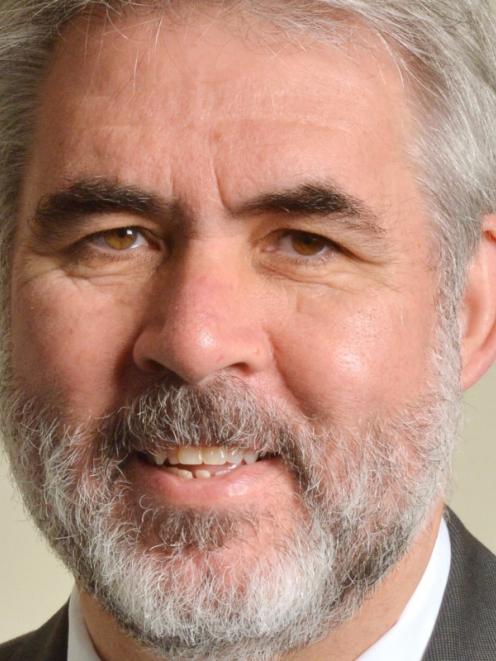 John Chambers.
A commissioner will run the embattled Southern District Health Board for a further three years after an unprecedented move by the Government.

A Bill was introduced to Parliament yesterday to exempt the board from the 2016 DHB elections, enabling the commissioner regime to stay in place after December 2016.

The extension is a first for the health sector, and the move is likely to be compared with the lengthy delay restoring democracy to Environment Canterbury.

It would extend the commissioner regime until the 2019 DHB elections.

Meetings were scrapped in June when the board was dismissed.

Yesterday, a spokeswoman for Health Minister Dr Jonathan Coleman said a return to an elected board next year had not been promised.

However, earlier this year he said the 2016 election would go ahead.

''The plan is really for the commissioners to stay on as appointed members of that board, and new elected members to come on at the local body election,'' Dr Coleman said at a June 18 press conference at Dunedin Hospital.

In a statement yesterday, Dr Coleman said the commissioner and her deputies were ''starting to turn around the deficit challenge''.

''An improved deficit position of $35.9 million for 2015-16 for Southern DHB has been agreed, which shows progress is being made,'' Dr Coleman said.

However, at the June 18 press conference the minister said the forecast estimates ranged from $30 million to $42 million and one of the tasks was to ''truly establish'' the deficit.

The spokeswoman said Dr Coleman's ''jam-packed'' schedule both yesterday and today did not allow time for an interview with the ODT.

He was not aware of any material changes that had reduced costs.

Projected deficits were always prone to fluctuation, he said.

Having no elected board members meant a less open and accountable organisation.

''The down side is the lack of transparency that follows from that. There is much less reporting of what's going on.

''There are no board meetings that are open to the public. It is generally more difficult for the staff to know what's going on,'' Mr Powell said.

''I certainly was planning to stand for election next year and was hopeful that other health professionals would put their hands up.''

Dr Chambers suggested the move was due to anticipated difficulty finding a willing chairman of a re-elected board.

A chairman could not receive the ramped-up levels of pay received by the commissioner and deputies, he said.

In an interview yesterday, Mrs Grant said she hoped her team of deputies stayed the course of the extended term, but it would be up to each to decide.

Her tenure depended on Dr Coleman's wishes, she pointed out, but she was happy to stay.

Mrs Grant said the team was trying to improve its relationship with the public and ''there are opportunities to do that other than in a formal boardroom setting''.

''We would equally have to say ... . that there weren't a huge number of members of the public who attended board meetings,'' she said.

The move to extend the commissioner regime for an additional three years is unprecedented.

When the Hawke's Bay District Health Board was sacked by then health minister David Cunliffe in early 2008, the members were appointed later that year to a special advisory group by the newly-elected National Government, before elections were held as usual in the next cycle.

The New Zealand Public Health and Disability (Southern DHB) Elections Bill will have its first reading next week.

It is expected to pass into law in the middle of next year.

''Exempting Southern DHB from next year's board elections is essential to give the commissioner team time to implement the financially sustainable plan to ensure that high quality health services are delivered, as well as the vital redevelopment of Dunedin Hospital,'' Dr Coleman said in a statement.

''It will also ensure that the next board, to be appointed as part of the 2019 local body elections, will begin its term on a more secure financial footing.''

Dunedin North MP David Clark said he did not have a ''crystal ball'' and did not know what, if anything, Labour - if elected in 2017 - would do to change the arrangements at the Southern DHB.

Dr Clark said the Government had become incredibly protective about information pertaining to the Southern board, so it was hard to know what was going on.

• Commissioner term to be extended by three years until 2019