No soft line on ID fraud 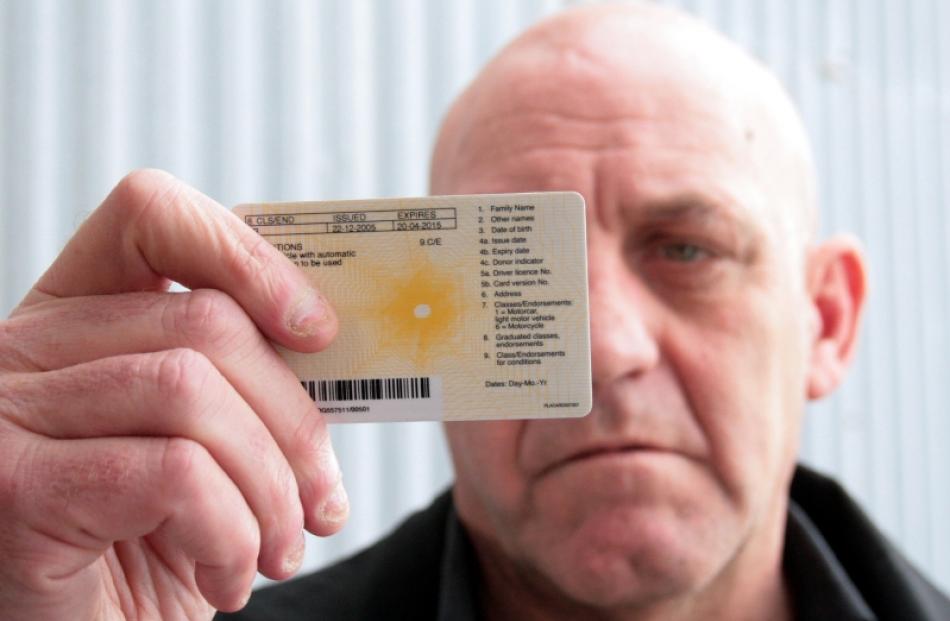 Ben Bolton, Dunedin operations manager with October Protection, casts his eye over a driver's licence. He has his ways of telling if they are fake. Photo by Dan Hutchinson

Every year, hundreds of fake driver's licences and passports are used by young people trying to get into bars. It may seem like an innocent crime, but anyone caught forging their age on their licence or passport could end up behind bars. The Star reporter Tim Miller took a closer look at the issue.

A little scratch here and a small mark there can land under-age drinkers trying to get into bars in a lot more trouble than they thought possible.

In Dunedin so far this year, 13 people under 18 have been arrested for fraud after altering their driver's licence and more than 200 forms of identification have been handed in to police.

Dunedin police alcohol harm-reduction officer Sergeant Ian Paulin said that on an average weekend, between 10 and 25 driver's licences, 18-Plus cards and passports were handed in to police.

Most door staff were able to pick up even the smallest changes to a driver's licence or passport, Sgt Paulin said.

Restricted and learner driver's licences were the most common items forged, with many younger siblings having them passed down to them. The quality of the forged licences stretched from covering a number using corrective pen to complete digital duplications, he said.

Any form of identification that had been illegally altered was given to the police, who would then try to identify the person who altered it.

''For a young school kid having to come in here when they think they are just going to have a chat, then we take them down to the cells and arrest them, they don't usually do it again.''

Last year, a 17-year-old computer science student was arrested and charged with fraud after making four copies of a fake driver's licence. He was only two days away from turning 18.

While driver's licences were the most common form of altered identification, passports also were used, which could cause more trouble than just a sit-down with a police officer, he said.

Ben Bolton, Dunedin operations manager for security firm October Protection, was not surprised by the number of people caught with fake IDs and said there would be a lot more people getting away with it, too.

Modern technology and some local experts made some fakes very hard to pick and, most often, it was forged driver's licences that were being used.

''Years ago, it was easy to pick up when students were just inlaying a photo across something else.''

His door staff use a variety of methods to pick the fake IDs. These included ''quizzing'' the person to make sure their information matched that on the card and also rubbing fingers across both sides to pick up any defects.

He said they simply could not tell sometimes and if a person made it through their cordon with a fake ID, they were committing a fraud. He said the police could also be fooled by the fakes.