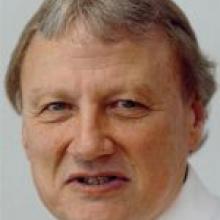 Don Anderson
The commissioners making a decision on the future of the planned harbourside redevelopment have plenty to think about after the first of two weeks of hearing the matter.

And the Dunedin City Council, which is behind the project, has been told in no uncertain terms of the extent of opposition among businesses that occupy the area.

The council has made no secret of its ambitions for development in Dunedin - from the harbourside to the roofed stadium - and chief executive Jim Harland has said he would like the city's population to grow to 160,000.

The harbourside hearings are showing just how difficult and complicated putting that vision into action can be, especially in a city with limited industrial land.

Don Anderson yesterday continued evidence for property developer Tim Barnett, one of the many people with an interest in the area who has found the harbourside plan affecting his activities.

Chalmers Properties, which owns much of the land at the harbourside, has lodged an appeal with the Environment Court against the decision.

Mr Anderson argued strongly the council had not put forward any good reason for realignment of an on-ramp linking Wharf St with a nearby overbridge, which would cut through Mr Barnett's property.

The council has said the extra space created by the realignment would be open space for the public, and the land would be zoned recreational.

Mr Anderson said he had been advised minutes of a working party that had decided to acquire Mr Barnett's land were not available to the public.

Without such information, he could only guess as to why the decision had been made.

The sort of data he would have expected would be a survey of how the space was used, and a cost benefit analysis.

Engineering and logistics support would have to be developed somewhere.

There was not the space at Port Chalmers, and Lyttelton was too far away.

"There would be huge economic benefits for the city if the Dunedin harbourside is developed as that centre."

"Such a development is, however, completely incompatible with the proposed harbourside plan."

Challenged by commissioner Roger Tasker to tell the hearing why Dunedin would become the port of choice for the oil industry, Mr Whitaker said either Dunedin or Bluff could be chosen, depending on who developed the infrastructure.

"They will go where the facilities are."

Oil might not be found, but it would be "monumental risk" to go ahead with the plan change and not have the opportunity. Mr Whitaker said the plan change would be "crippling" to his business, with inevitable complaints from, for instance, cafe patrons.

The company had already had complaints from apartment dwellers living up to 1km away.

On a cold, clear morning, when the company was punching holes in 6mm steel, "they are going to hear it, and they will complain".

New Zealand Historic Places Trust Otago-Southland area manager Owen Graham said he wanted to make it "very clear" the trust was not anti-development, and accepted time could not stand still.

However, the trust was opposed to the plan change.

Instead, it wanted the council to continue to consult with key parties and the trust to develop a revised, "truly visionary" plan change.

Mr Graham said the trust believed there were vital gaps and flaws in the plan change, the most crucial being a lack of understanding and recognition for heritage values, the failure to provide adequate heritage mechanisms, and a lack of tools to encourage retention and re-use of heritage buildings.

The hearing heard the harbourside was one of New Zealand's best examples of an industrial landscape centred on a working port.

Early survey maps showed permanent buildings, but did not show temporary structures made of wood and corrugated iron.

Large structures, like ships, had been found during excavations in other cities.

Dr Schmidt recommended a full archaeological assessment be undertaken before the plan change was finalised, though that did not necessarily mean "invasive" investigations, involving digging.

Mr Tasker and John Lumsden indicated they would make site visits in the next week.