Not ready to condemn Kavanagh 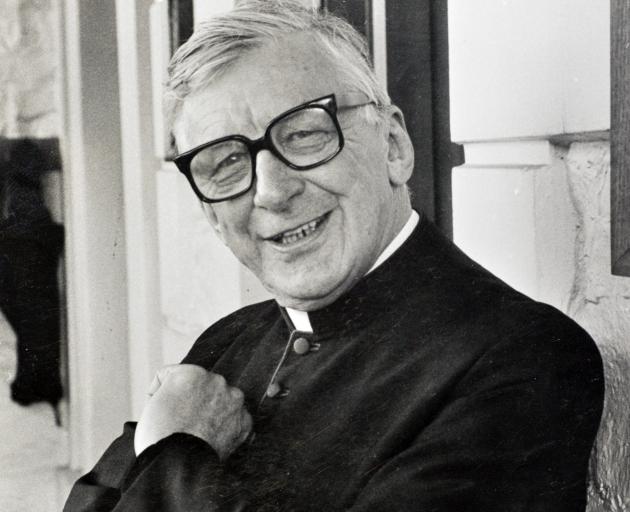 Dunedin Bishop John Kavanagh sent Fr Magnus Murray to Sydney for counselling, but later endorsed his return to public ministry, after complaints about the priest’s behaviour emerged. Photo: supplied
The Bishop of Dunedin is not yet ready to condemn a predecessor, but says the actions of a priest who aided a paedophile Christian Brother would ''definitely not'' be appropriate today.

Bishop Michael Dooley yesterday defended former Dunedin bishop John Kavanagh, who had jurisdiction over Fr Magnus Murray and Br Desmond Fay at the time of their offending in Dunedin.

Fr Murray, who in 2003 admitted offences against four Dunedin boys dating back to 1958-72, was sent to Australia by Bishop Kavanagh for treatment after details of his offending were raised in 1972.

Bishop Kavanagh later endorsed Fr Murray's return to public ministry in the North Island, where more victims have since emerged.

Bishop Kavanagh also had ultimate jurisdiction over Br Desmond Fay, who was principal at Christian Brothers Junior School when he allegedly abused a young boy who later committed suicide.

Br Fay, who also taught at St Edmund's School in South Dunedin, was sent overseas after the intervention of a Dunedin Catholic priest, Fr Kevin Kean.

Bishop Dooley said there was no record of Fr Kean's involvement, and nor was there any evidence Bishop Kavanagh knew of Br Fay's offending or Fr Kean's role.

Fr Kean's intervention seemed to be ''off his own bat'', but would ''definitely'' not be tolerated today, Bishop Dooley said.

However, he defended Bishop Kavanagh's handling of Fr Murray, insisting the priest's crimes had not been concealed.

While the North Island communities of Waihi and Ngaruawahia were not told of Fr Murray's dark past, Bishop Kavanagh had sent Fr Murray for treatment and met parents of some of his Dunedin victims.

''I can't see any concealment there in that regard.''

But, as more victims of Fr Murray contacted the church, other victims of Br Fay have also contacted ODT Insight saying they, too, were abused by him when he was at St Edmund's.

Bishop Dooley had earlier referred all questions about Br Fay to the Christian Brothers order, saying he had no jurisdiction over the order.

Yesterday, he confirmed the Bishop of Dunedin was ultimately responsible for Christian Brothers, including Br Fay, while they were based in the diocese.

But, based on Bishop Kavanagh's actions in removing Fr Murray from Dunedin, it appeared ''he knew nothing'' about Br Fay.

If evidence to the contrary emerged, the call by a survivors' network to rename Kavanagh College could be considered, he said.

''I don't see any evidence for that at the moment.''

But Bishop Dooley was clear on another call - Fr Murray should be defrocked.

The 91-year-old was still alive, living as a priest in retirement in Auckland.

''Yes, it should be done,'' Bishop Dooley said.