By John Lewis
0 Comments
Ripped clothing held together with safety pins, flowing long hair and punk rock music blaring wherever he went - it is hard to reconcile the 1970s image of George Kay with the mild-mannered teacher he has become.

The 69-year-old Otago Boys’ High School history and English teacher said he was deeply into punk rock when he started his career, and claimed it might even have saved his life.

"We were all into progressive music in the early ’70s, but I was getting disillusioned with it.

"I wanted to go back to the basics and energy and passion and guitars and stuff.

"And punk came along just at the right time. It gave my brain stimulus."

So much so, he started writing about the New Zealand punk scene for Rip It Up magazine — a publication that came out bi-monthly from 1977 to 2015. 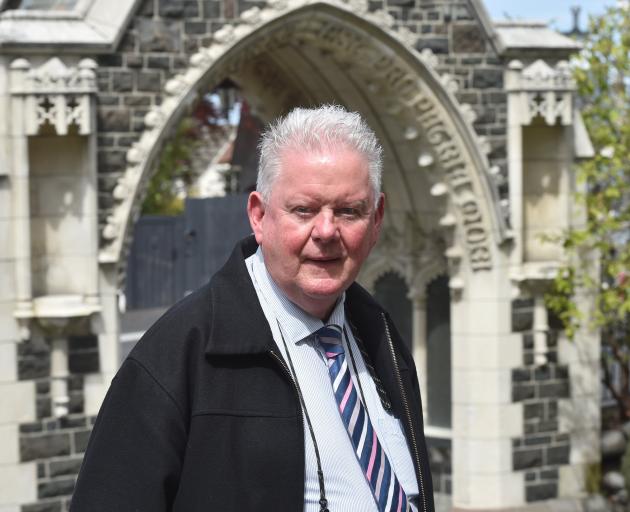 Otago Boys’ High School history and English teacher George Kay is retiring at the end of this year, after 40 years at the school where he introduced hundreds of pupils to punk rock and other genres. PHOTO: GREGOR RICHARDSON
His articles were well read, and he became probably the best known history/English teacher in New Zealand.

Eventually, he had to give it up and focus on his pupils.

"It was at least two weeks’ work, every month, which I enjoyed — I loved it.

"But at times, it was tough. I had to burn the midnight oil."

One of the things he is most proud of is starting a record club at the school.

"We started that in about 1977. The boys were absolutely passionate about it.

"We had 70 or 80 boys and we’d meet every Friday in a room, and I’d rent out records for 20c per week, and with that money I’d buy more records.

"The club just took off. A lot of the kids that I taught ... would spend the first 30 minutes of a history period talking about music, and maybe football, before the lesson began."

The club finished in the early 2000s but he continued to bump into former pupils at concerts by his favourite bands, because of the music to which he had introduced them.

When he left school, he got a job as an office boy at National Mortgage’s head office in Dunedin.

"It was mainly invoicing and I didn’t like it, to be quite honest.

"Everybody, of course, was your boss. I thought, no, it wasn’t for me.

"To some extent, I wanted a job that had a bit more variety and freedom, which is probably an ironic thing to say if you’re talking about teaching."

Nevertheless, Mr Kay went to the University of Otago and studied history, English and political studies, before spending a year at the Dunedin teachers’ college.

Upon graduation, he was offered a job at his alma mater, Otago Boys’ High School, and he started teaching in 1976.

Since then, he has spent 40 years of his 44-year teaching career at the school.

Mr Kay plans to retire at the end of this year.