This was the first year Chartsiri (Patty) Klinpibul has stayed in New Zealand over the summer.

With the borders closed this year, she could not.

But she was not the only international student whose plans had been upended.

The intake was noticeably smaller at the polytechnic this year, and the make-up of the intake was different, too, Miss Klinpibul said. 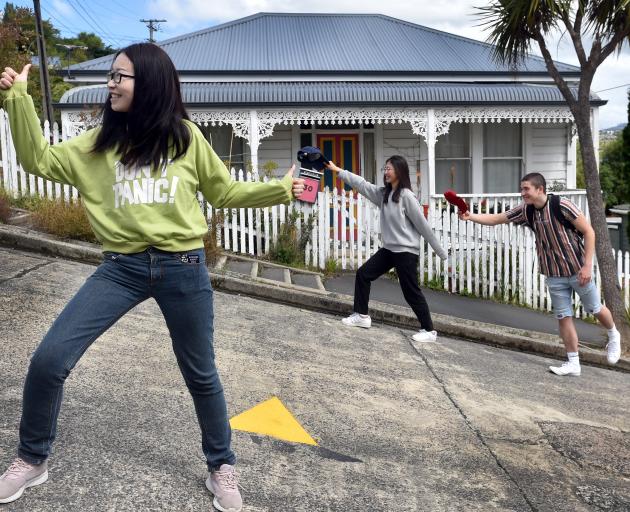 Lei Zhou (left) and Ting Chen, both of China, and Flynn Mankelow, of Oamaru, see the sights of Dunedin at Baldwin St before beginning study at Otago Polytechnic this month. PHOTO: PETER MCINTOSH

In the past, a larger number of international students who had graduated year 13 at a New Zealand high school would have started at Otago Polytechnic, she said.

But many of those pupils had returned home.

There were also normally European or North American arrivals who were in Dunedin on an exchange.

This year, she knew of none.

"This cohort, especially, you get a lot of people who have worked, were on a working holiday visa, and now are studying," Miss Klinpibul said.

Students at Otago Polytechnic were offered a tour of Dunedin to start the year, but yesterday only four people boarded the tour bus.

Ting Chen, of China, was among them.

She arrived with a work visa to be with her husband who is pursuing a PhD at the University of Otago.

Mrs Chen was starting her studies at Otago Polytechnic hoping a "local degree" could help her find a better job.

Lei Zhou, also from China, had spent more than a year in the country on a working holiday visa before deciding to relocate to Dunedin to start a postgraduate diploma in design at the polytechnic.

An Otago Polytechnic spokesman said there were 225 international enrolments at the school, a drop of 44% compared with the corresponding time in 2020.

They were spread across the polytechnic’s Dunedin, Central Otago and Auckland campuses. There were about 70 international students enrolled for programmes at the Dunedin campus. Of those 70, about half were new to Otago Polytechnic.

Otago Polytechnic chief executive Megan Gibbons said about 20 Dunedin-based students had study visas due to expire on March 31, but the school was working closely with them to ensure visa renewals allowed them to complete their studies.

Study Dunedin co-ordinator Margo Reid said two high schools out of the 12 in Dunedin had no enrolled international pupils for 2021.

She knew of 121 international pupils at the remaining schools — more than half of those were from China, she said.

Traditionally, the numbers of international pupils in the 12 high schools would number more than 400. This was a significant drop for the sector, she said. 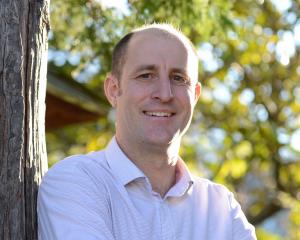