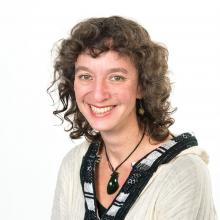 Alison Phipps
New Zealand has been "really quite amazing'' at resettling refugees, which is why it should take in more.

This is the sentiment of Unesco chairwoman in refugee integration through languages and the arts Prof Alison Phipps, of the University of Glasgow, who is speaking at the Dunedin Public Art Gallery tomorrow afternoon.

Prof Phipps will talk about Scotland's "very positive'' response to refugee resettlement and how that contrasts with the policies of the British Government as whole, which she says have been based in xenophobia.

Scotland's experience could provide many lessons for Dunedin, which was a relatively new refugee resettlement area, she said.

One was the importance of local and national government representatives positively encouraging resettlement and being involved in the process.

``Yes, the welcome's important, but it's the long-term stuff way down the line. When people are thinking `I'm a long long way from home'.''

There was also a lot the world could learn from New Zealand's resettlement of refugees, she said.

"It's really clear to me that how you do resettlement is really quite amazing. I remember being at a workshop there and hearing the biggest issue was trying to find driving lessons for women who were refugees.

"I was thinking I wish I had your problems.''

The Labour Government has pledged to double New Zealand's refugee quota to 1500 but could take more, Prof Phipps said.

"I think the Western countries can take much more, and it would be to their benefit.''

The West could look to Germany as a positive example. It had taken more than one million refugees since the crisis began in 2015.

"It's astonishing what has happened.

"Although there has been a slight rise of the far Right in Germany, it's nothing compared to the rise in countries that have taken very few refugees.''

New Zealand's offer to take in 150 Manus Island refugees was ``the right thing to do'', Prof Phipps said.

Australia was "clearly breaching the Refugee Convention'' in its treatment of the those refugees, she said.

"In the first few years we had quite a few racist attacks. A lot of misunderstanding in the population about what the situation was.''

This culminated in the murder of a Kurdish refugee, which led to a ``real tipping point'' for the country, she said.

"It's largely been a strong moral response. Glasgow has become a fairly cosmopolitan city.''