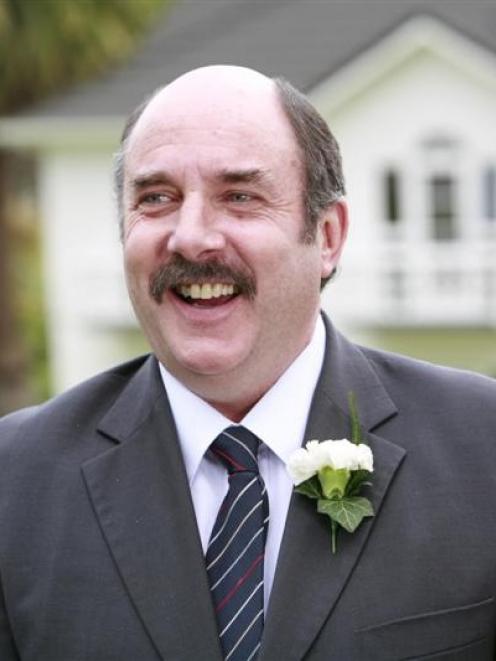 Brian Rose played by Patrick Wilson.
The simple premise of putting the patient first may help to fix Dunedin Hospital's emergency department woes and save up to 50% wastage at the hospital, the Otago District Health Board was told yesterday.

Emergency specialist Dr Tim Kerruish asked the board not to make any radical changes in the emergency department until a pilot project to increase efficiency and optimise "patient flow" through the hospital had been given a chance.

"I think at the end of the three-month pilot we will see some major improvements.

"Although it seems an idealistic thing to say, we can transform this hospital with this thinking," Dr Kerruish, the lead clinician on the project, said.

The project is based on car manufacturing company Toyota's way of thinking, which involves putting the customer - or in the hospital's case, the patient - first, as well as looking at how the entire hospital system works and getting everybody working together.

Aiming for perfect patient care should underpin how and why everything was done at the hospital, Dr Kerruish said.

Wastage in hospitals was also "extraordinary" and common estimates of 40% to 50% wastage were probably applicable to Dunedin Hospital, he said.

Otago is one of two district health boards which are trialling the "Optimising the Patient Journey" project in their emergency departments.

Staff did not believe their skills were valued, or the fact they worked unsociable hours, Dr Kerruish said.

There was a lot of enthusiasm from staff for this project and they could not wait to get started.

It was all about staff generating ideas and solutions to problems, and it did not require more resources.

Getting everybody working together would be crucial to the success of the project.

"The emergency department cannot fix its problems without help from the rest of the system. This includes GPs and other hospitals."

For example, emergency department overcrowding was often the result of patients not being able to be transferred to wards which were full because ward patients had not been discharged early in the day.

Another common problem was the way things were done often went back "years and years" and had never changed.

"We end up with this very complicated system and a lot of the time people don't know why they're doing stuff."

Overseas experience showed staff bought into ideas when they could fix the "Why do I have to do this?" frustrations, Dr Kerruish said.

"I think you need at least six months, and probably one year.

"This [project] requires people change and I think that is why health has been so slow to grab on to these quality initiatives. To get people to change is really difficult, and in particular more senior people."

Board member Peter Barron questioned how the project would address the issue of people coming to the emergency department who could have been seen by their GP or the Urgent Doctors.

Previously, the board had asked senior management to look at ways of reducing inappropriate use of the department.

Some potentially controversial proposals have included having a GP clinic in the department to vet patients, or to limit entry to those arriving by ambulance or who have been referred from their GP.

However, Dr Kerruish said he did not think these people were a major issue in the department.

Of the 36,000 people coming to the department in a year he estimated only about 3000 were there inappropriately.

"My personal philosophy is I wouldn't be exercising myself too much on 3000 people."