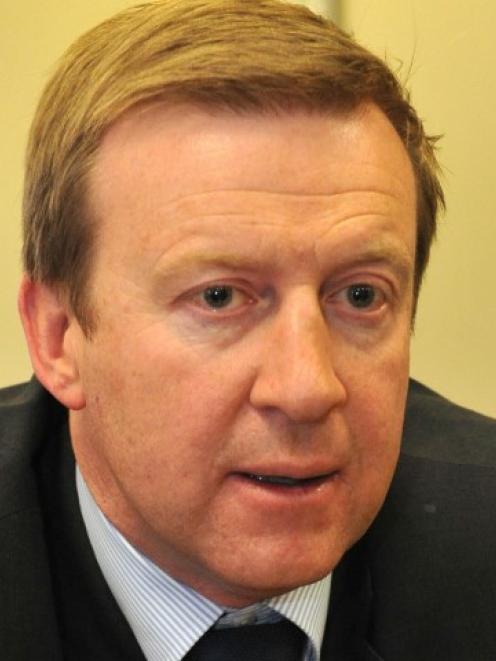 Health boards are buffers that absorb the public anger that could otherwise sting the Government. Replacing them with an unelected commissioner is politically risky, especially in the South.

This region's ability to organise around a common purpose, such as the 2010 neurosurgery campaign, has made decision-makers wary of imposing change.

And that's why Dr Coleman hesitated for months, fruitlessly searching for a new chairman for the embattled board, before finally putting it out of its misery.

Instead of appointing a high flier from outside the region, as many had expected, he has gone for a local.

The board had a near-impossible task, endlessly cutting cost with no discernible long-term strategy or visible moral support from Wellington.

The population-based funding formula appears inadequate for the board's area, which is twice that of Belgium.

To make the sort of change required to eliminate its deficit, and then also free up a chunk of its income to pay significant capital charges on a new clinical services building in Dunedin, the board needs a long-term plan.

That could mean spending more in the short-term on new ideas and services. Board members knew that, but were trapped in a miserable cycle of year-end targets.

Consequently, no progress is evident on the delayed plan for the $200 million rebuild at Dunedin Hospital.

Perhaps the no-win situation has been partly recognised by Dr Coleman in the appointment of deposed board member Richard Thomson as deputy commissioner.

His quick intellect and institutional memory of southern health is undoubtedly an asset to commissioner Kathy Grant, whose background is not health governance.

Mr Thomson's elevation after his very public 2009 sacking from the old Otago board by Dr Coleman's predecessor, Tony Ryall, will bemuse some people but is not all that surprising.

He impressed by stepping up during the furore over the food service outsourcing last month, defusing public anger at a critical time and using his high profile to allay concern.

Mr Thomson says Dr Coleman knows the board needs breathing space from short-term expectations, and almost his first statement in a 25-minute interview yesterday was to assure that the brief was not one of ‘‘slash and burn''.

The jury is out on that one. No-one has explained how the board can save the huge amount of money required without significant cuts.

Health leaders like to talk soothingly about ‘‘efficiency gains'' that benefit patients while saving money, but they know that making the system efficient is great for patients but, by and large, does not reduce cost.

One deposed board member yesterday suggested neurosurgery was among Dunedin-based specialty services that might be reviewed, and perhaps shifted to Christchurch, because of the South's small population.

That would be a cruel blow after the energy expended to first save it, and then help fund it, through the Chair in Neurosurgery campaign.

Ultimately, decisions have to be sensible, and take into account the inherent risk of centralising too much in one South Island centre.

The combative former chairman, Timaru accountant Joe Butterfield, finally acknowledged last week the formula's ‘‘crazy'' aspects might account for up to a third of the board's deficit.

As much as the commissioner team members no doubt want to do an excellent job for Dr Coleman as well as for their community, they should be prepared to ask some tough questions in Wellington about whether the South gets a fair deal.